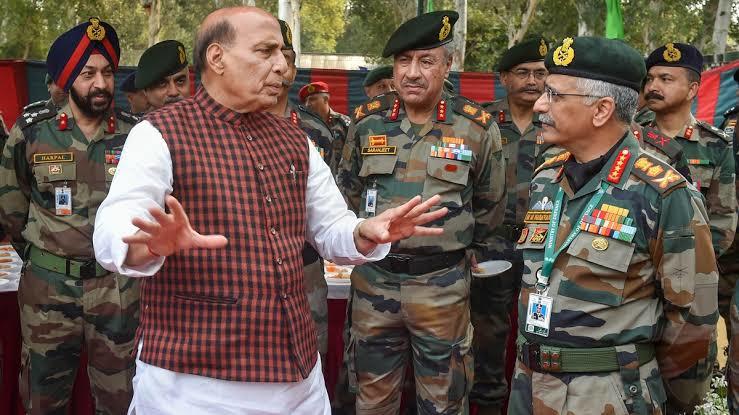 New Delhi: Amid ongoing border tussle between India and China along the line of actual control (LAC) in eastern Ladakh, defence minister Rajnath Singh is likely to visit Ladakh on Friday to review the security scenario.

Indian Army chief General MM Naravane will also accompany him. This would be the first visit of the defence minister since troops of both sides engaged into standoff.

During the visit, the minister will also hold high-level meetings with senior military leadership, sources in the defence establishment said here on Wednesday.

He will also visit the Leh Hospital to meet the soldiers who were injured during the violent clash with Chinese PLA in the Galwan valley.

The troops of India and China have been engaged in the stalemate at multiple locations in eastern Ladakh since early May.

The tension escalated which led to killing of 20 Indian soldiers in the Galwan valley on June 15 in a violent clash with the Chinese troops.

The Chinese side also suffered casualties but they have yet not disclose the details.

DAC approves for another 72,000 Sig Sauer assault rifles from US for ₹780 crore

Inauguration of 43 bridges postponed due to state mourning

Parliament: No change in patrolling pattern along LAC with China, says Rajnath Singh

India remain prepared to deal with all contingencies: Rajnath on India-China border row