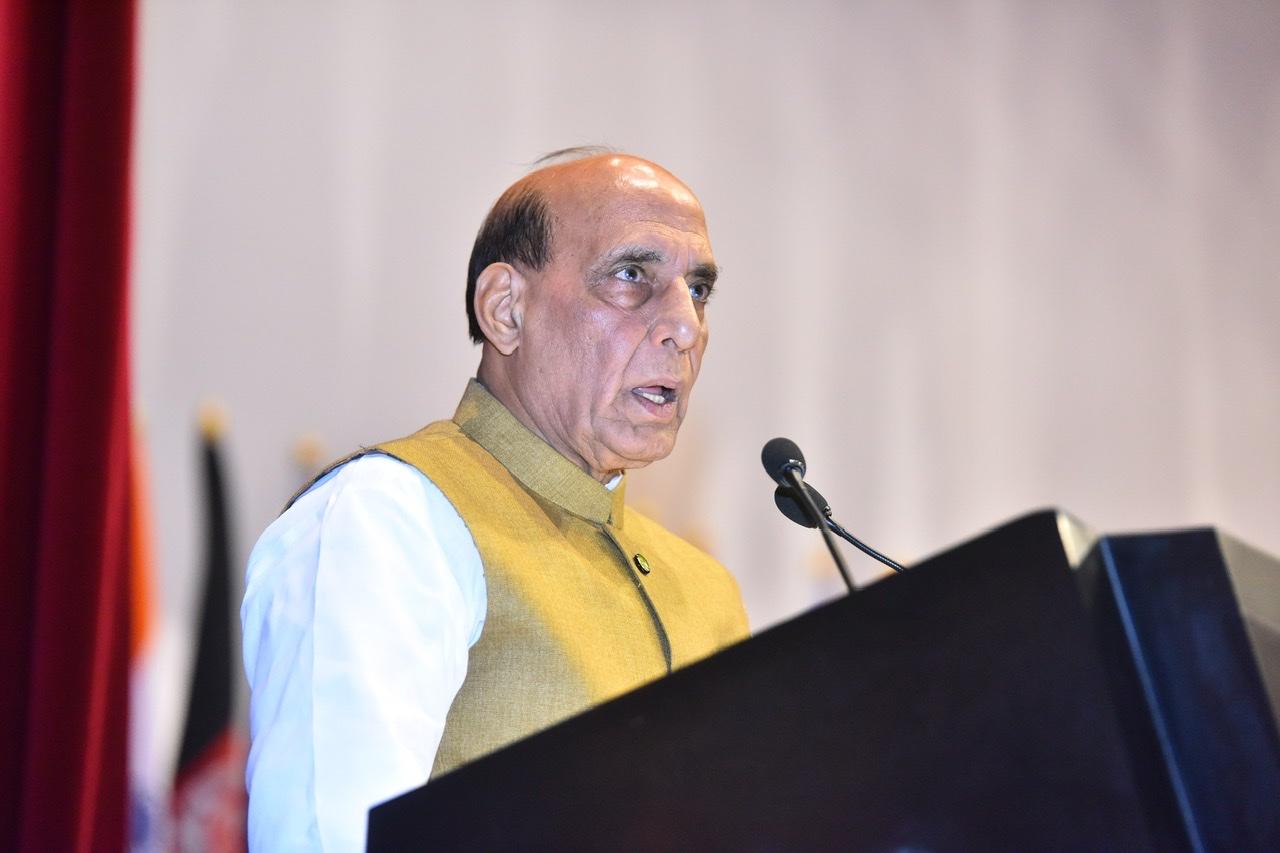 Wellington: Defence Minister Rajnath Singh said India is ready to face the changing security dynamics of the world due to the reforms taken by the Government, emphasising that the Armed Forces need to be fully equipped and prepared at all times.

“We will continue to strengthen our military and ensure that we are a step ahead to deal with any challenges arising out of the changing global security environment,” he said while delivering a keynote address to the 77th Staff Course here.

He appreciated the transformative changes made in the training of the young officers from India & aboard at the Institute and aligning the professional military education imparted to them to deal with the emerging challenges to national security.

Listing out some of these reforms and describing them as those for the future, the minister said the appointment of Chief of Defence Staff (CDS) and setting up of Department of Military Affairs will go a long way in continuously bolstering the security infrastructure.

“The decisions have directly linked our Armed Forces to governance as they now have direct involvement in all processes. The appointment of CDS has provided stability to the Joint Chiefs of Staff Committee as now there is a permanent and single point advisor to the government on important issues of defence and security,” he said.

On the creation of Joint Commands, Singh termed the decision as another major structural reform, the progress of which is progressing rapidly, he said

“With the formation of Integrated Theater Commands, Armed Forces will have to develop Integrated Operational Concepts and Doctrines to fight jointly. I think DSSC can prove to be a good platform for brain storming on this issue,” he added.

“The aim to increase the teeth to tail ratio of our army, bring decentralisation in decision making and create a future oriented leaner force. Integration of 'DGMO' and 'DGMI' under Deputy Chief of Strategy is one such example. This integration at the Headquarter level will bring great precision in our operational planning,” he added. 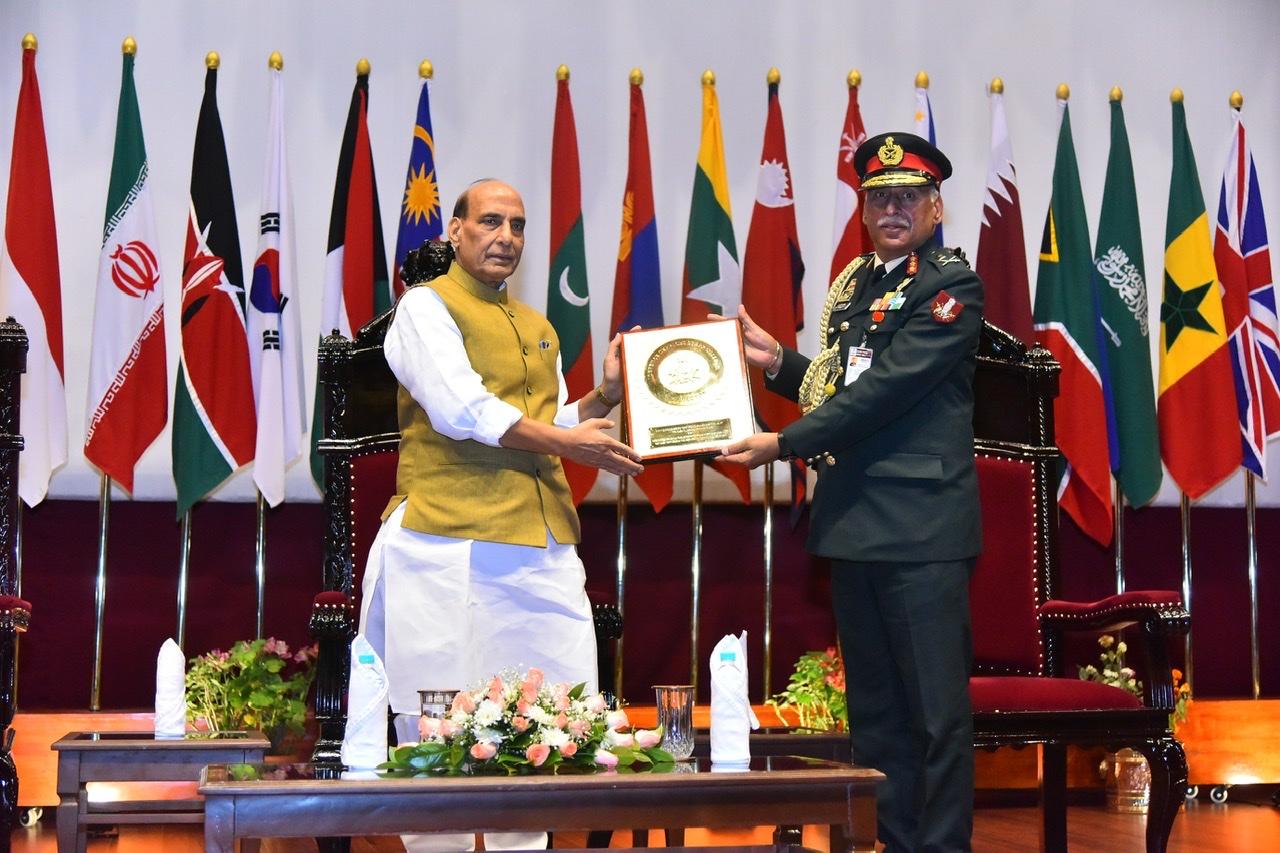 “Integrated battle groups will be new groups to fight unified against the enemies. The idea of 'Tour of Duty’ will turn into a game changing reform in the future making the Armed Forces more agile. Permanent commission for women officers in defence is a step to increase the role of women in national security,” he said.

On the modernisation of Armed Forces, the minister said, the induction of Rafale ended the long wait for Next Generation Aircraft.

These include setting up of Defence Industrial Corridors in Uttar Pradesh & Tamil Nadu; notifying two Positive Indigenisation Lists; launch of Defence Acquisition Procedure (DAP) 2020 and transfer of technology free of cost from Defence Research & Development Organisation and unveiling of Innovation for Defence Excellence (iDEX) to encourage innovation and technology development in defence.

Highlighting the role of Hindustan Aeronautics Limited, the minister said HAL has been given a one-time order of about Rs 50,000 crore from the Armed Forces in addition to the export orders. The percentage of domestic procurement in the fund allocated for defence modernisation has been increased to 64.09 per cent.

Singh called for proactive involvement of the Armed Forces, saying that active participation from the defence services is needed for these reforms to bear fruit.

He also stated that, ever since Independence, some evil forces have resorted to various methods to try and create an atmosphere of instability in the country, but the Armed Forces have ensured that the unity and integrity of the country is maintained.

“When our neighboring country realised that it cannot fight a front-war with us, it resorted to proxy war and made terrorism an integral part of its state policy. This was a major paradigm shift in the challenges faced by our country. Keeping these changes in mind, we made major changes to our security related policies. Under a new dynamic, we developed a pro-active attitude against the menace of terrorism,” he added.

“Despite the challenges on India's border, the people are now confident that there will be no compromise on national security. There is a strong belief that India would not only end terror on its own land, but if needed it would not hesitate to end terrorism anywhere else. This change defines a new era of national security in India,” he added.

On the 2020 Galwan Valley incident, he said the unilateral attempt to change the status-quo at the Northern border was also dealt with a new dynamic.

“Our soldiers displayed bravery as well as restraint, when required, to thwart enemy plans,” he said, lauding the exemplary courage of the Indian Army personnel, under the leadership of Chief of Army Staff General M M Naravane, for effectively dealing with the situation at the Northern border.

He assured the Nation that the security forces are fully committed to face any enemy, at any time, in any situation and protect the country in every way.

Sharing his insights on cyber warfare and biological attacks, Singh said the perception of linking national security to geographical boundaries has changed and the alignment & re-alignment of global powers add to the already changing security challenges.

He stated that the Government is making all efforts to develop capabilities to deal with these new and emerging threats to national security.

Terming the situation in Afghanistan as challenging, the minister said the changing equations have forced every country to think on its strategy. “QUAD, a group of India, Australia, America and Japan, has been formed under this background,” he added.

Singh stressed on the need to view every dimension of national security in one frame in this new era and expressed hope that DSSC will train and equip the future officers of the Armed Forces to deal with these challenges. 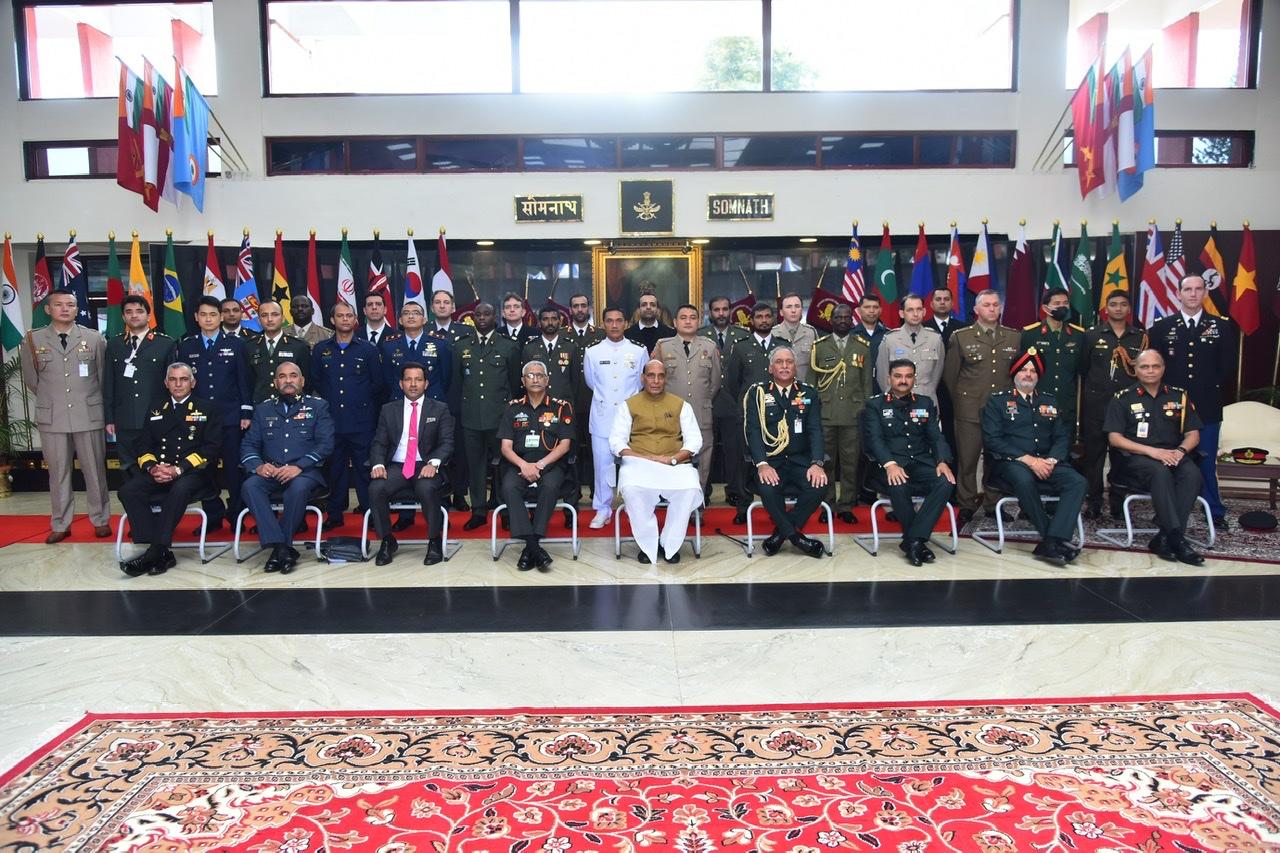 He exuded confidence that the officers will be trained in a way that they will give a befitting reply to any kind of challenge facing the country.

Singh also asserted that India, despite its capabilities, has never attacked any country till date and has always considered the whole world as its family. This is the spirit of our neighborhood first policy, he said, adding that India has always been proactive in helping the neighboring countries in humanitarian relief work during disasters.

He, however, made it clear that while India believes in peace, it has always been ready at all fronts to protect the self-respect and interest of its people and ensure their security.

He reiterated the Government’s resolve to protect the country from all kinds of external and internal threats.