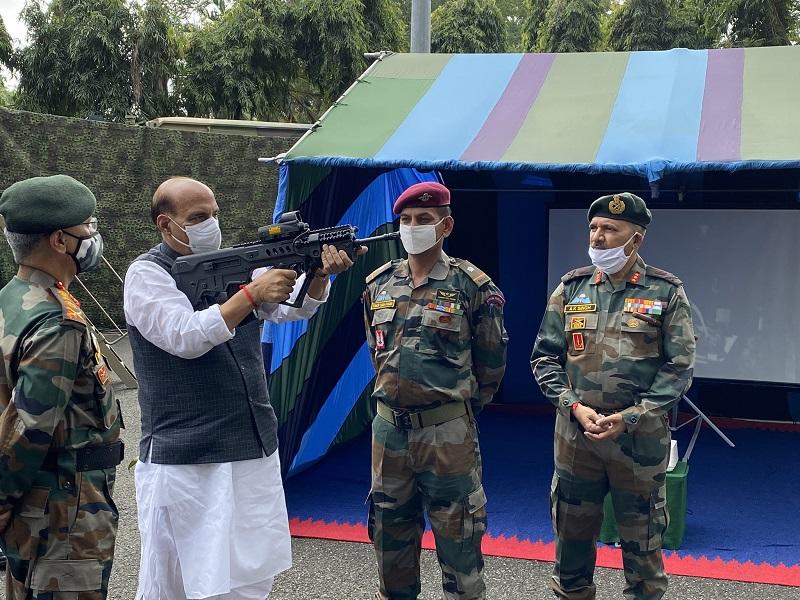 Darjeeling: In an indirect message to Beijing amid simmering border standoff with China in eastern Ladakh, Defence minister Rajnath Singh on Sunday said the Indian Army will not let anyone take even an inch of the country’s land.

Speaking after performing the Shastra puja in Sukna near Darjeeling, the Minister said that India wants the standoff to end and peace to be restored in the sector.

“India wants that the India-China border tension to end and peace preserved. Also, I am confident that our army will not let anyone take even an inch of our land,” Mr Singh asserted.

The Minister also hailed the brave heart soldiers stationed at the border and stated that their efforts will be written in golden words for the posterity.

Mr Singh is currently is on a two-day visit to West Bengal and Sikkim. His visit is being seen as a morale booster to the Indian troops deployed against the People’s Liberation Army (PLA) at the border.

He also reviewed the army’s preparedness against the Chinese troops.

Even after seven rounds of military level talks between the two nations, the disengagement and de-escalation process in the tense Ladakh region has not moved forward.
The commanders are expected to meet for the eighth round of talks next week.

The troops of two countries have been engaged in a border standoff since early May this year. Apart from Ladakh, a tense confrontation between Indian and Chinese soldiers also took place in north Sikkim in early May.