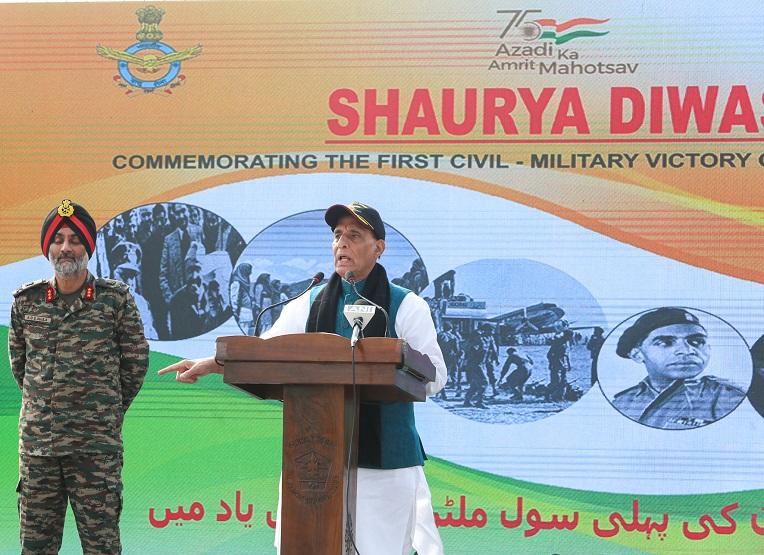 Srinagar: Defence Minister Rajnath Singh on Thursday recalled the valour of the India’s first Param Vir Chakra recipient, Major Somnath Sharma, who despite being injured led a company and saved the Srinagar airfield from enemy clutches and in the process made the supreme sacrifice.

Rajnath Singh was in Srinagar to pay tribute to soldiers who made supreme sacrifice in the line of duty on this day in 1947 while defending the Indian territory from Pakistani invaders.

In Srinagar, the defence minister graced the ‘Shaurya Diwas’ celebrations to commemorate the 75th year of air landed operations of Indian Army at Budgam Airport in 1947, which ensured the first civil-military victory of Independent India.

On October 27, 1947, the Indian Army was inducted by the Indian Air Force at Budgam Airport to evict Pakistani forces from Jammu & Kashmir, a day after the ‘Instrument of Accession’ was signed between Maharaja Hari Singh and Republic of India.

27th October is, hence, celebrated as ‘Infantry Day’. The event was organised as part of ‘Azadi Ka Amrit Mahotsav’. 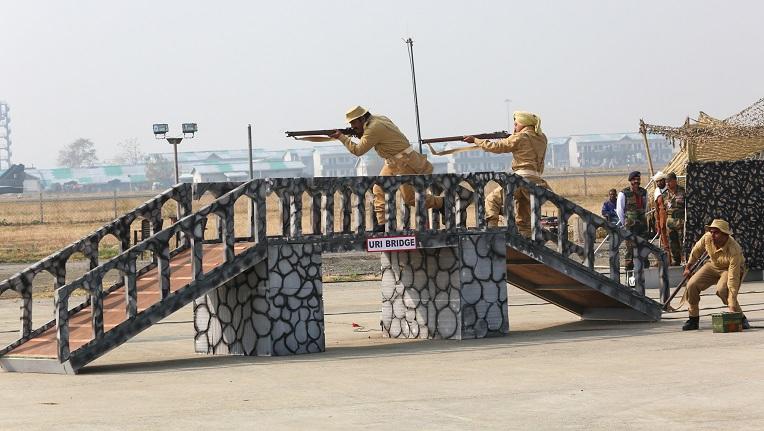 In his address, Rajnath Singh said: “It is because of their valour and sacrifice that J&K remained an integral part of India and will continue to be in the future.”

He asserted that despite a number of stumbling blocks, India has risen time and again because of the courage and sacrifice of our soldiers and today it is standing tall on the strong foundation laid by them.

“The greatest glory is not in never falling, but in rising every time we fall. The incident of 1947 is one such instance,” he said.

He also paid glowing tributes to the bravery of other Gallantry award winners such as Brigadier Rajinder Singh and Lt Col Dewan Ranjit Rai, who gave away their lives to protect the motherland.

“Major Somnath Sharma and other heroes will always remain a source of inspiration for every Indian and the Nation will forever be indebted to their sacrifices.” 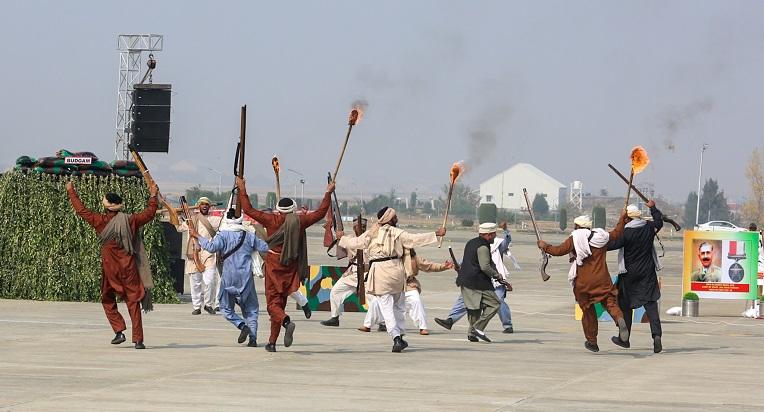 He also remembered former Chief Minister of Odisha Biju Patnaik, who as a pilot during the war, made a valuable contribution to the movement of the troops.

He commended the crucial role played by the people of J&K who helped the Armed Forces in forcing the enemies to retreat and protect the sovereignty of the country.

He also pointed out that some areas illegally occupied by Pakistan are still devoid of that progress.

“Pakistan is fully responsible for inhuman incidents against innocent Indians in PoK. In the times to come, Pakistan will face the result of its atrocities. Today, the region of J&K and Ladakh is touching new heights of development. This is just the beginning. Our aim is to implement the resolution unanimously passed in Indian Parliament on February 22, 1994 to reclaim remaining parts, such as Gilgit and Baltistan,” he said.