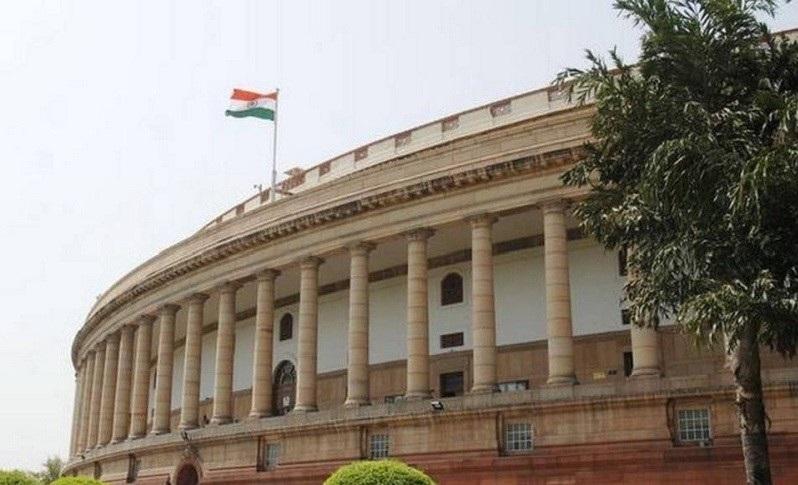 New Delhi: In the backdrop of India-China border standoff in eastern Ladakh, Defence minister Rajnath Singh on Tuesday provide some details about the issue to Parliament.

“I would like to take some time first to briefly provide some details of our boundary issue with China. As the House is aware, India and China are yet to resolve their boundary question. China does not accept the customary and traditional alignment of the boundary between India and China,” the minister said in the Lok Sabha.

“We believe that this alignment is based on well-established geographical principles confirmed by treaties and agreements, as well as historical usage and practice, well-known for centuries to both sides.”

The two countries had engaged in discussions during 1950s-60s but these efforts could not yield a mutually acceptable solution.

As the House is aware, China continues to be in illegal occupation of approximately 38,000 sq. kms in the Union Territory of Ladakh.

In addition, under the so-called Sino-Pakistan 'Boundary Agreement' of 1963, Pakistan illegally ceded 5,180 sq. km. of Indian territory in Pakistan Occupied Kashmir to China.

China also claims approximately 90,000 sq. kms. of Indian territory in the Eastern Sector of the India-China boundary in Arunachal Pradesh.

Both India and China have formally agreed that the boundary question is a complex issue which requires patience and have committed to seeking a fair, reasonable and mutually acceptable solution through dialogue and peaceful negotiations.

In the interim, the two sides also agree that maintenance of peace and tranquility in the border areas is an essential basis for the further development of bilateral relations.

“I would like to mention here that as yet there is no commonly delineated Line of Actual Control (LAC) in the border areas between India and China and there is no common perception of the entire LAC. Therefore, in order to ensure peace and tranquility in the border areas, especially along the Line of Actual Control (LAC), the two countries have concluded several agreements and protocols,” he added.

Under these agreements, the two sides have agreed to maintain peace and tranquility along the LAC without prejudice to their respective positions on the alignment of the LAC as well as on the boundary question.

It is on this basis, that “our overall relations also saw considerable progress since 1988. India’s position is that while bilateral relations can continue to develop in parallel with discussions on resolving the boundary question, any serious disturbance in peace and tranquility along the LAC in the border areas is bound to have implications for the positive direction of our ties,” Mr Singh said.

A key element of both the 1993 and the 1996 Agreements is that the two sides will keep their military forces in the areas along the Line of Actual Control to a minimum level.

These agreements also mandate that pending an ultimate solution to the boundary question, the two sides shall strictly respect and observe the Line of Actual Control.

Furthermore in these agreements, India and China also committed to clarification and confirmation of the Line of Actual Control to reach a common understanding of the alignment.

Thus, in late 1990s and upto 2003, the two sides engaged in an exercise to clarify and confirm the LAC.

But, thereafter the Chinese side did not show a willingness to pursue the LAC clarification exercise. As a result, there are some areas where the Chinese and Indian perceptions of LAC overlap.

In these areas, as also with other sections of the border areas, the various agreements govern the way troops of both sides should operate and deal with situations of face-offs to maintain peace and tranquility.

Before “I apprise the House of the current developments, let me inform that the Government has an elaborate and time-tested coordination mechanism amongst different intelligence agencies including intelligence units of the Central Police Forces and the three-armed forces. The technical and human intelligence is continuously gathered in a well-coordinated manner. It is shared with the armed forces which help them in taking decisions.”