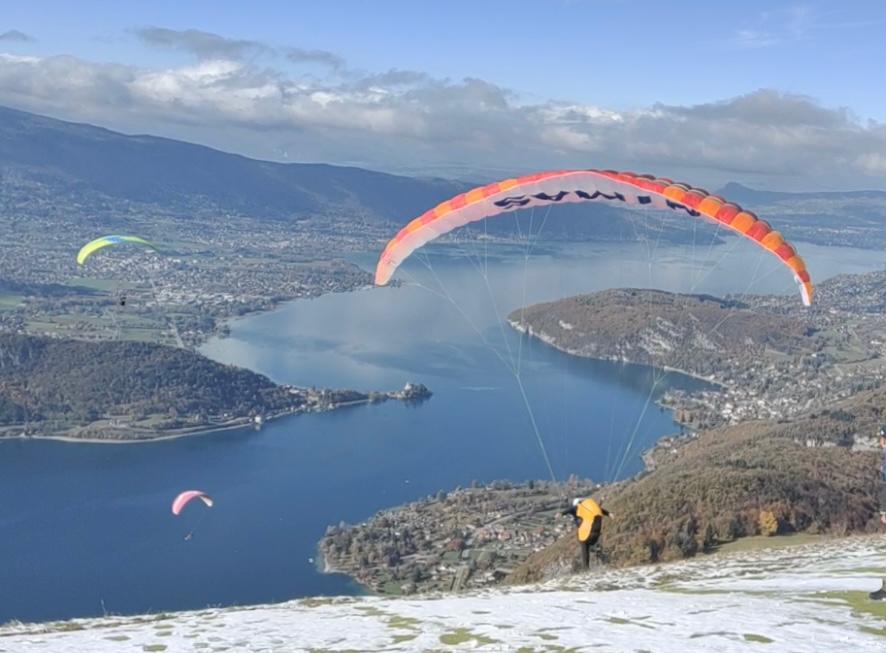 The expedition was conducted in November 2021 and the team was led by Director NIMAS Colonel Sarfaraz Singh, comprising 12 people - eight Army personnel and four youths of Arunachal Pradesh.

Singh interacted with some of the members of the team present in New Delhi. He distributed appreciation certificates and commended the team for completing the expedition without any injuries to the members.

The team leader presented the ice-axe, marking the flagging-in of the expedition team, to the Raksha Mantri. Defence Secretary Dr Ajay Kumar and other officials of Ministry of Defence were present on the occasion.

The expedition team carried out over 250 kilometres of winter trekking in the Alps Mountain Ranges, which included Tour De Mont Blanc trek covering the French, Swiss and Italian Alps.

The paragliding team conducted 19 jumps/flights on the valley floor of the Alps from different mountain locations.

It was followed by 975 kilometres of cycling from Alps Mountain Ranges to English Channel near Dunkirk via France, Switzerland and Belgium.

The cycling activity was carried out in extreme cold weather condition where the team cycled on an average of 09-10 hours/day without any logistic vehicle.

The Multi-dimensional Expedition culminated with 12 deep scuba dives in the Mediterranean Sea. 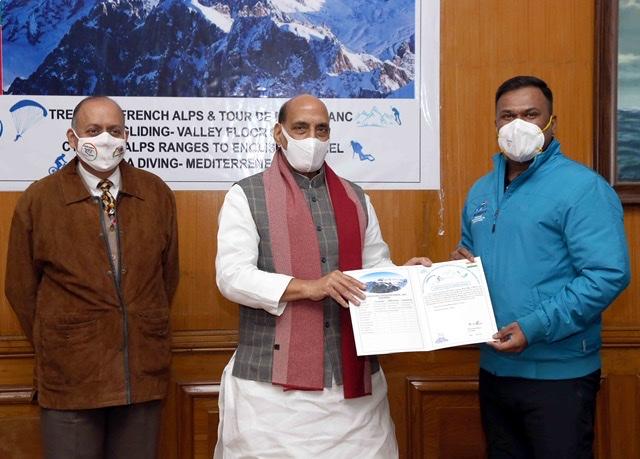 The hoisting and unfurling of the Tricolour was carried out by the team during each adventure activity in air, land and underwater.

The team leader, having requisite qualification and experience in mountaineering, cycling, paragliding and scuba diving, participated in all the four adventure activities held during the expedition.

The expedition, organised as part of ‘Azadi Ka Amrit Mahotsav’, was flagged-off by MoS Defence Ajay Bhatt on October 27, 2021. After the completion of the expedition, Indian Ambassador to France Jawed Ashraf felicitated the team at the Indian Embassy in Paris.