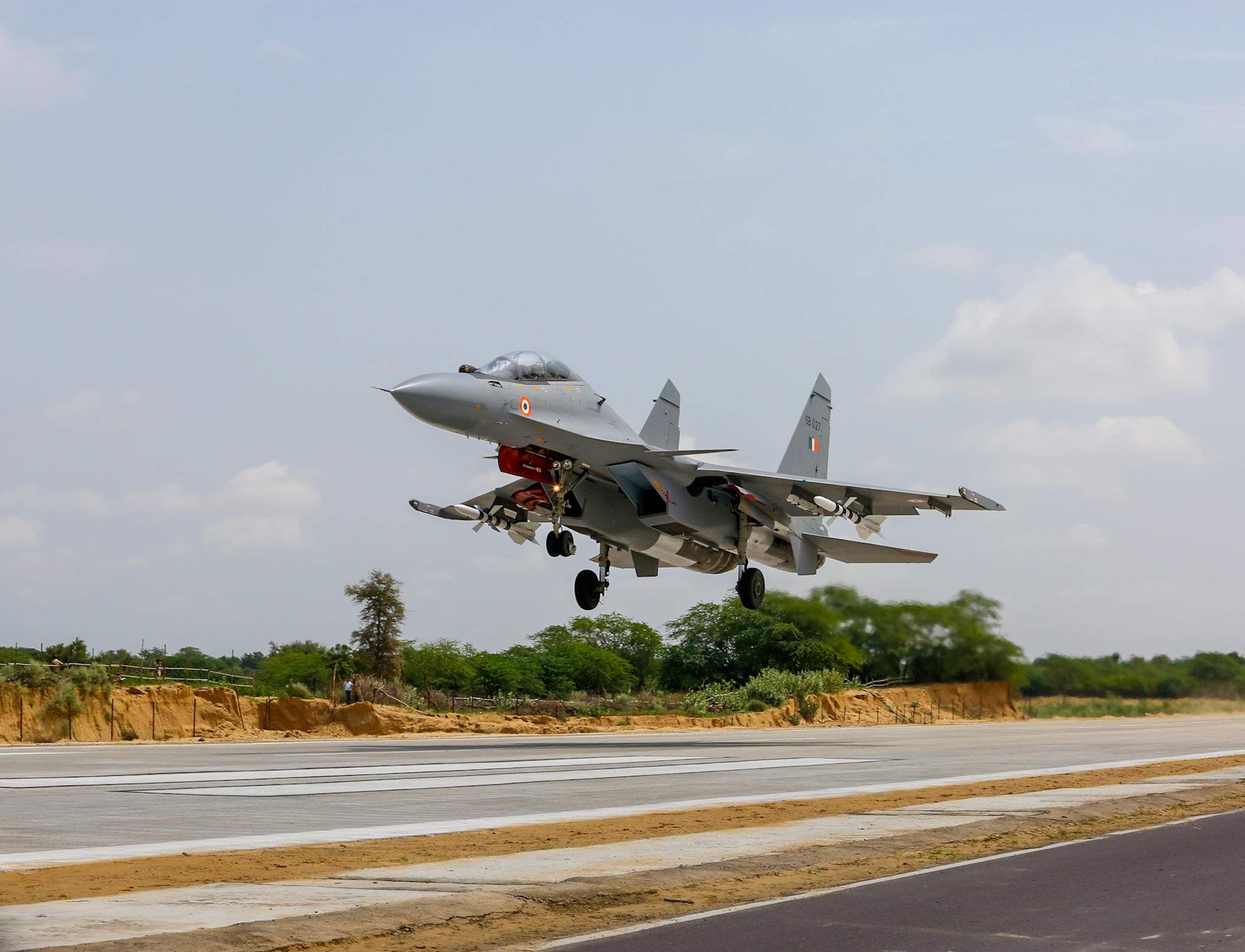 The two Ministers travelled to Barmer on C-130J aircraft to inaugurate the facility. They also witnessed aircraft operations on the ELF, which has been constructed in just 19 months.

This is the first time that a National Highway has been used for emergency landing of aircraft of Indian Air Force. This landing strip will be able to facilitate landing of all types of IAF aircraft.

In his address, Singh lauded the IAF, NHAI & the private sector for joining hands and completing the construction of Emergency Landing Field in 19 months despite COVID-19 restrictions. It is a great example of coordination among multiple departments & Ministries; Government & private sector and Civil & Defence, he added. 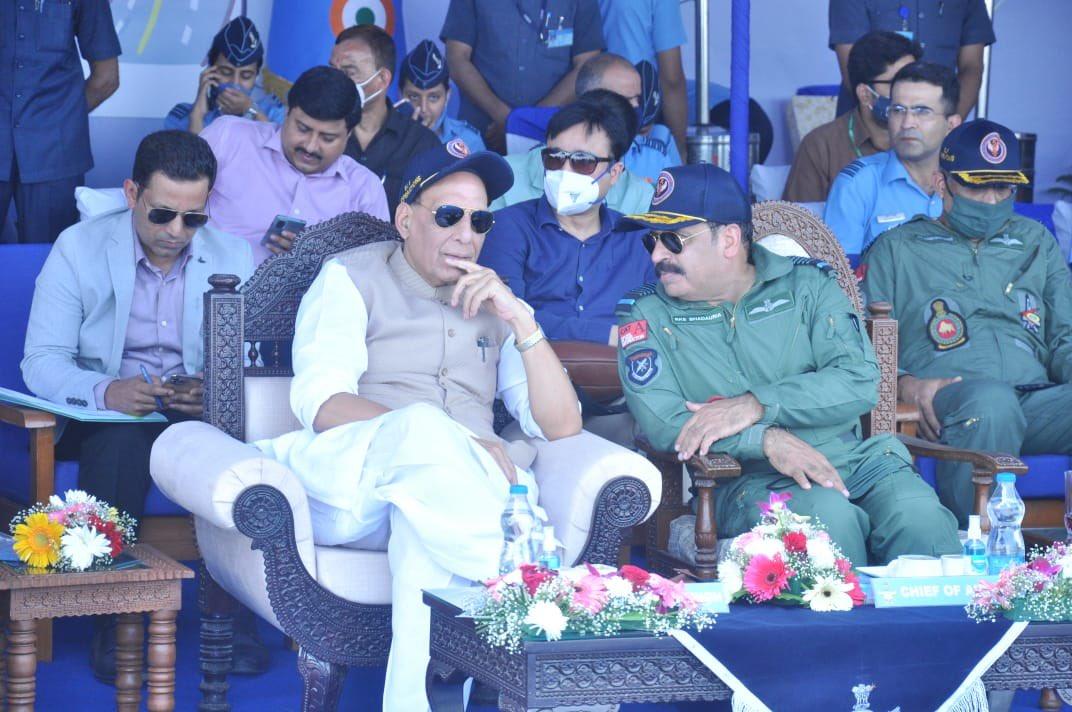 He defined the landing of IAF aircraft on the 3 km stretch as a historic new strength of New India, as it coincides with the 75th year of Independence and 50th year of India’s victory in the 1971 war.

The minister described ELF near the International Border as a shining example of the Government’s commitment to protect the unity and sovereignty of the nation.

“This highway and landing field will further cement the basic infrastructure along the western border and strengthen national security. Such emergency fields will provide more edge to the operational and civil assistance of our forces. It will also play a crucial role in facing natural calamities,” he said.

Saying that development of border areas is one of the top priorities of the Government, Singh highlighted the crucial role played by Border Roads Organisation in strengthening border infrastructure.

The inauguration of Atal Tunnel, Rohtang and construction of highest motorable road in the world at 19,300 ft at Umlingla Pass in Eastern Ladakh are some such examples, he said. 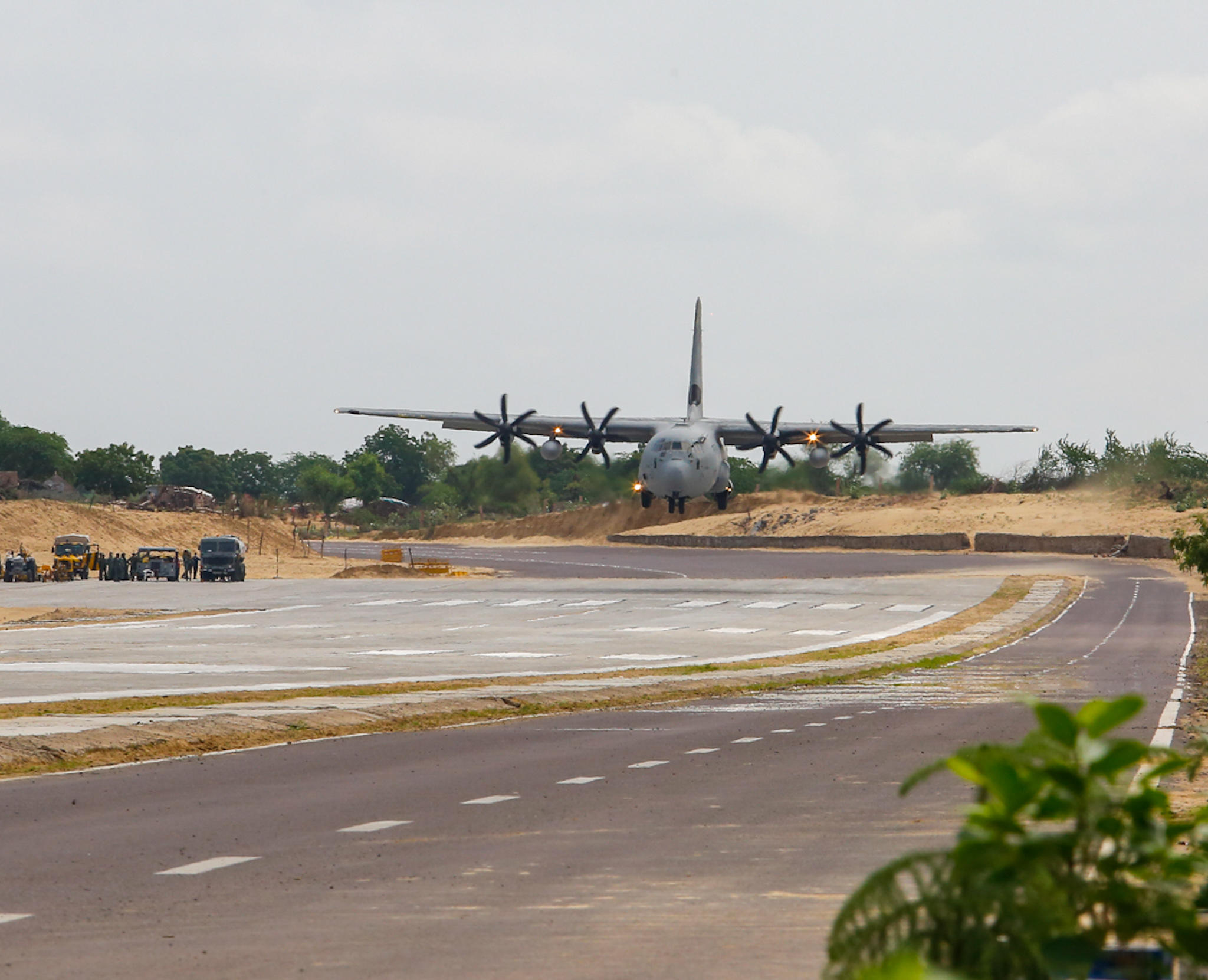 Referring to the Cabinet’s approval to procurement of 56 C-295MW transport aircraft for Indian Air Force, he said the decision was a big step towards ‘Aatmanirbhar Bharat’ as envisioned by Prime Minister Narendra Modi, as the aircraft would be manufactured under the 'Make in India' initiative.

The NHAI has developed the three-kilometre section as an ELF for Indian Air Force.

It is part of the newly-developed two-lane paved shoulder of Gagariya-Bakhasar & Satta-Gandhav Section having total length of 196.97 kilometres and costing Rs 765.52 crore under Bharatmala Pariyojana.

Apart from the Emergency Landing Strip, three helipads have been constructed in Kundanpura, Singhania & Bakhasar villages under this project as per the requirements of the Armed Forces.