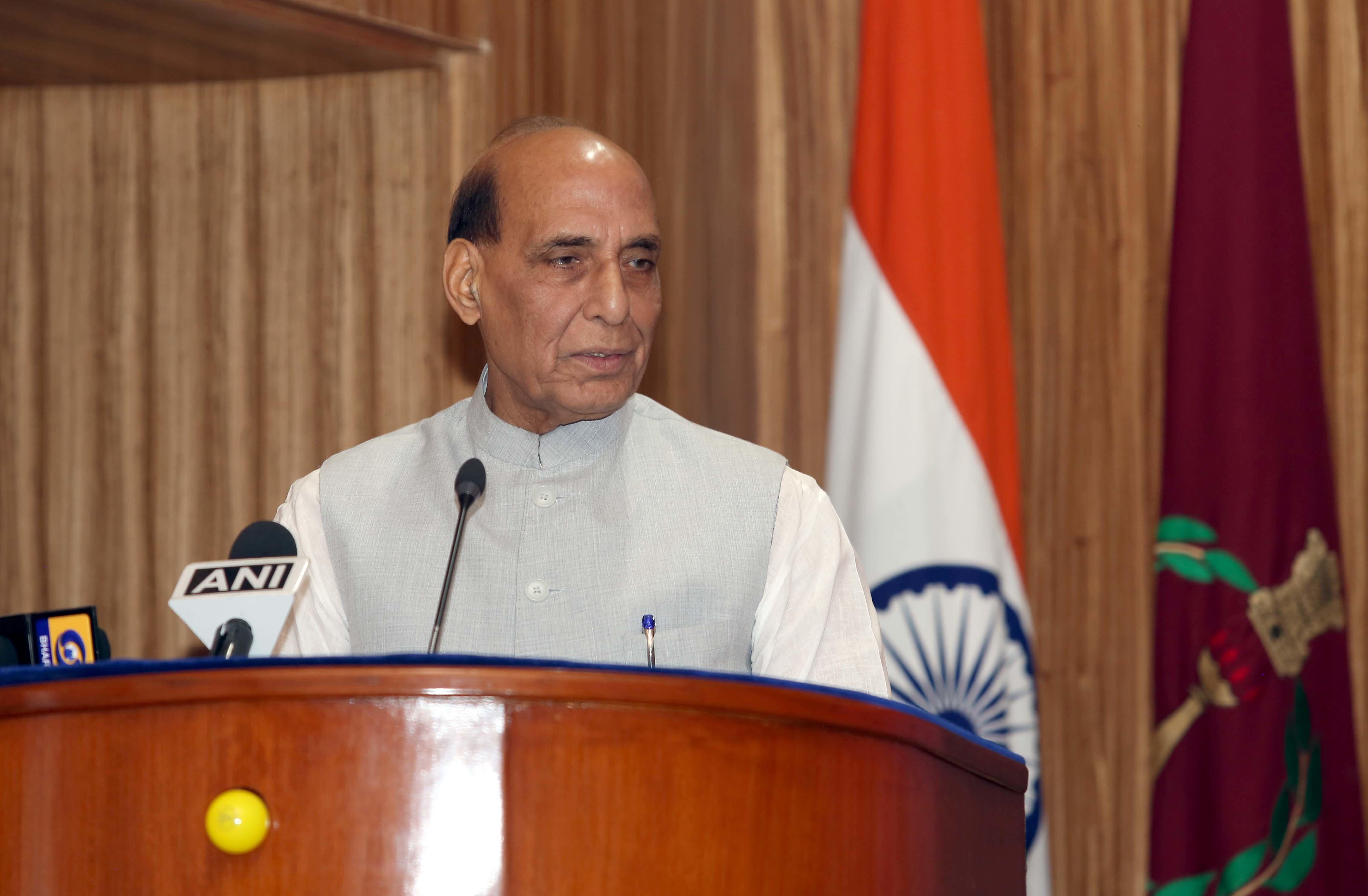 New Delhi: Defence Minister Rajnath Singh has called for proactive synergy among the Armed Forces in future military strategies and responses to safeguard the interests of the nation.

He was addressing the graduates of 59th National Defence College (NDC) course (2019 batch) during their convocation ceremony in New Delhi on September 25.

The minister said, the bold approach of the Government on issues like border disputes and cross-border terrorism has made India stronger in the recent past and it has now assumed a greater global role and responsibility.

Singh reiterated that India is a peace-loving nation, but will give a befitting reply to anyone who threatens its integrity and sovereignty.

“Threats to internal and external security will no longer be tolerated. Our actions in Balakot and Galwan are clear signals to all aggressors,” he said.

He added that today the world is witness to the destabilising effects of terror and the especially dangerous precedence of violent radical forces attempting to gain legitimacy by creating new normal.

Singh said, now there is widespread realisation amongst responsible nations to come together against the menace of terrorism. The NDC, he said, can play a key role in fostering a common understanding among friendly countries against terrorism and finding long-term solutions to deal with the menace.

Sharing his views on the situation in Afghanistan, Singh said the developments have highlighted the reality of our times.

"The only certainty about evolving geopolitics is its uncertainty. Changes in state boundaries may not be as frequent today. However, the fast-transforming structure of states and the influence that external powers can have on it is clearly evident," he said.

The minister emphasised on the need to draw lessons from the situation in Afghanistan, far beyond the immediate reverberations being felt in the region and beyond.

“When these events are viewed, it is tempting to believe that terrorism, fear, medieval thoughts and actions, discrimination drawn on the basis of gender, practices that are seeped in inequality and dogmatic thought, can sweep aside the wishes of the people, plural ideas and inclusive structures. Nothing can be farther from reality. And human history is a great teacher in this regard. Injustice, however powerful, cannot and will not defeat the collective power of the goodness that is inherent to human existence. This sentiment is evident from an increasing number of world capitals which have lent their voice in favour of liberalism, inclusivity and respect for international norms of governance and behaviour,” he said.

He also exhorted NDC to focus more on the new and fast-emerging areas such as cyber, space, artificial intelligence and big data analytics.

“The world has witnessed rapid transformation in all these areas of scientific knowledge. This technological progression must be accompanied by its military interpretation within the strategic community,” he said.

Referring to the phrase ‘Vasudhaiva Kutumbakam’ (the world is one family), the minister stressed on the urgent need to create a unified approach to deal with threats both within the country and globally.

He said, be it against terrorism or cyber challenges, success can only come by unifying national diversities.

He described the fight against the COVID-19 in recent times as a shining example of unity in diversity and ‘Vasudhaiva Kutumbakam’.