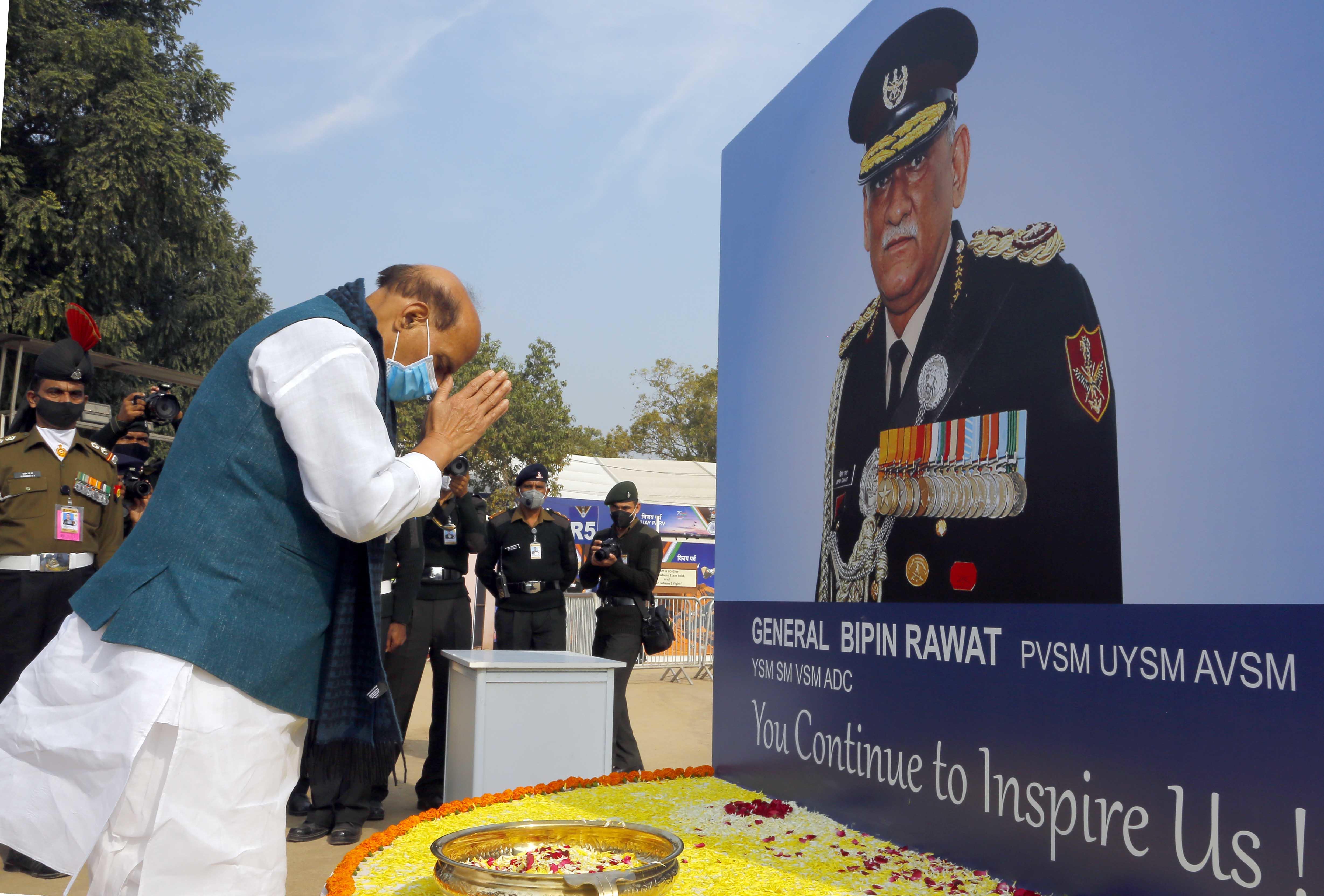 New Delhi: Defence Minister Rajnath Singh inaugurated Swarnim Vijay Parv, an event commemorating the valour and professionalism of the Armed Forces and their contribution to the liberation of Bangladesh in the Indo-Pak 1971 war, at India Gate Lawns in New Delhi on Sunday.

The event marks the culmination of year-long celebrations of 50 years of India's victory in the war.

Singh began his address by paying rich tributes to the country’s first Chief of Defence Staff General Bipin Rawat who passed away in a helicopter crash in Tamil Nadu on December 08, 2021.

“In the untimely death of General Rawat, India has lost a brave soldier, an able advisor and a lively person. He was looking forward to taking part in the Swarnim Vijay Parv,” he said.

He termed ‘Swarnim Vijay Parv’ as a festival which commemorates the glorious victory of the Indian Armed Forces in the 1971 war, which changed the history and geography of South Asia. 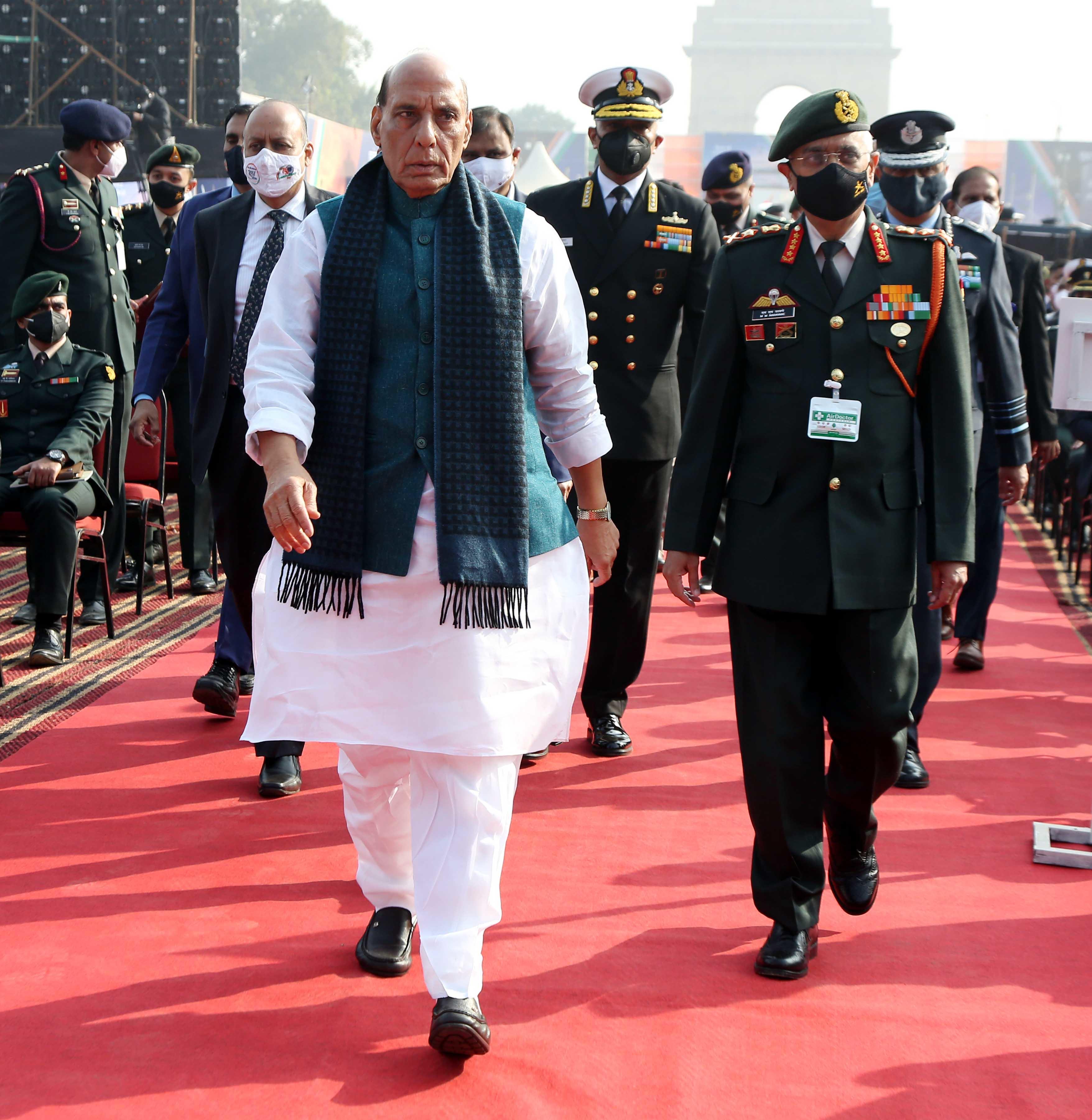 The minister paid tributes to the brave Indian soldiers, sailors & air warriors and their families who ensured the victory in the 1971 war, saying that the country will always be indebted to their sacrifice.

“This festival is a testament to the fact that the memories of 1971 are still fresh in the heart of every Indian. At the same time, it is a symbol of the zeal, passion and valour our forces displayed during the 1971 war. It inspires us to keep moving forward on the path of Nation’s progress with same zeal and passion,” he added.

Singh described the 1971 war victory as an epitome of the spirit of humanity & universal brotherhood of Indians who live in a country, which considers the whole earth as its family and has always stood for truth & justice.

He stated that the victory in the 1971 war was the triumph of humanity over inhumanity, virtue over misconduct and justice over injustice.

He cited the statement by Martin Luther King Jr. in a famous New York speech, ‘Injustice anywhere is a threat to justice everywhere'.

Singh said, the atrocities on the people of then East Pakistan was a threat to the entire humanity and it was India’s responsibility to liberate them of that injustice and exploitation. 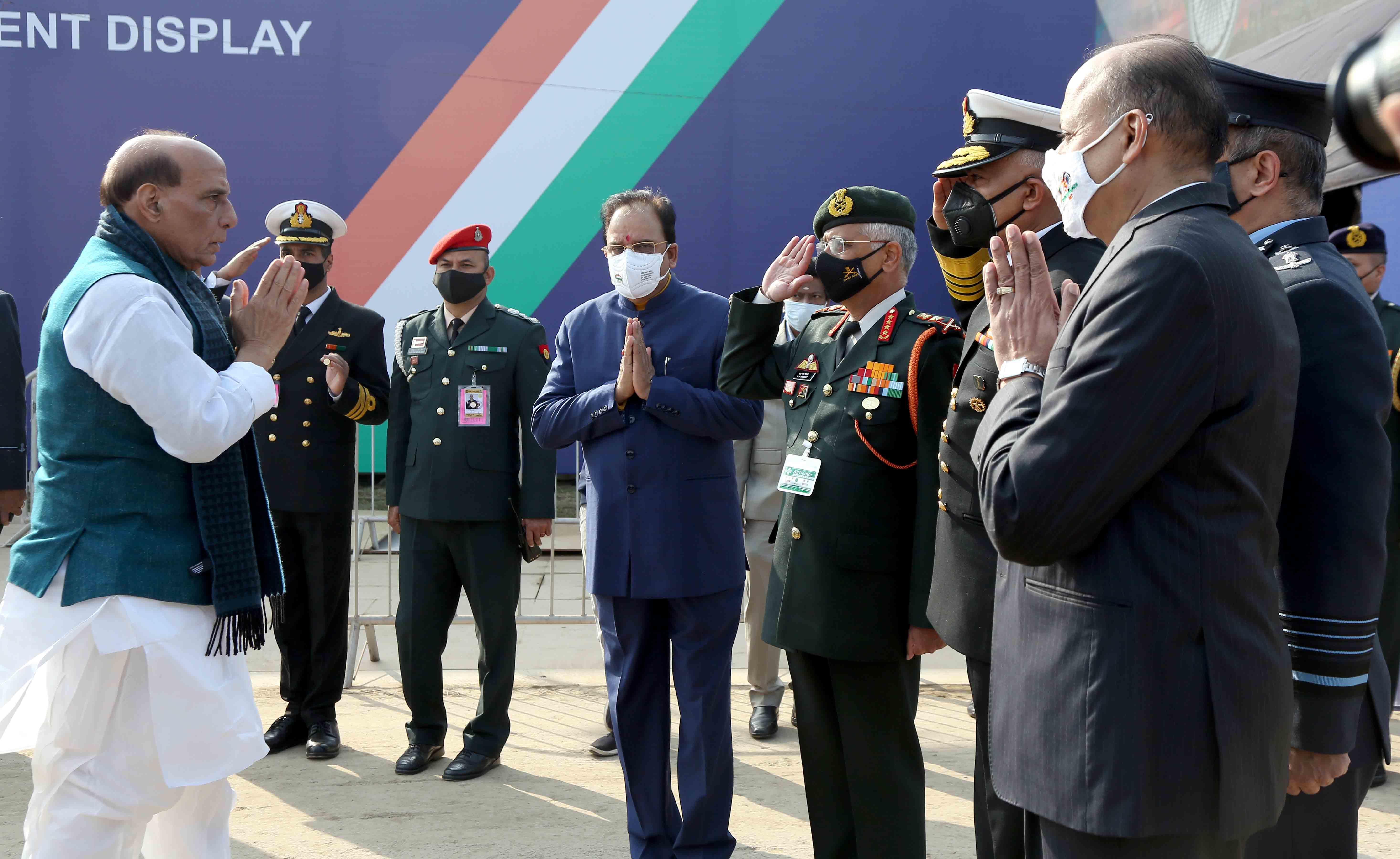 He remembered the determination, coordination and valour of the Indian Armed Forces during the war.

“Our Armed Forces supported ‘Muktivahini’, helped lakhs of refugees and prevented any kind of aggression from western & northern sector. They ensured that the credibility of India's commitment towards peace, justice and humanity in the world community is maintained,” he added.