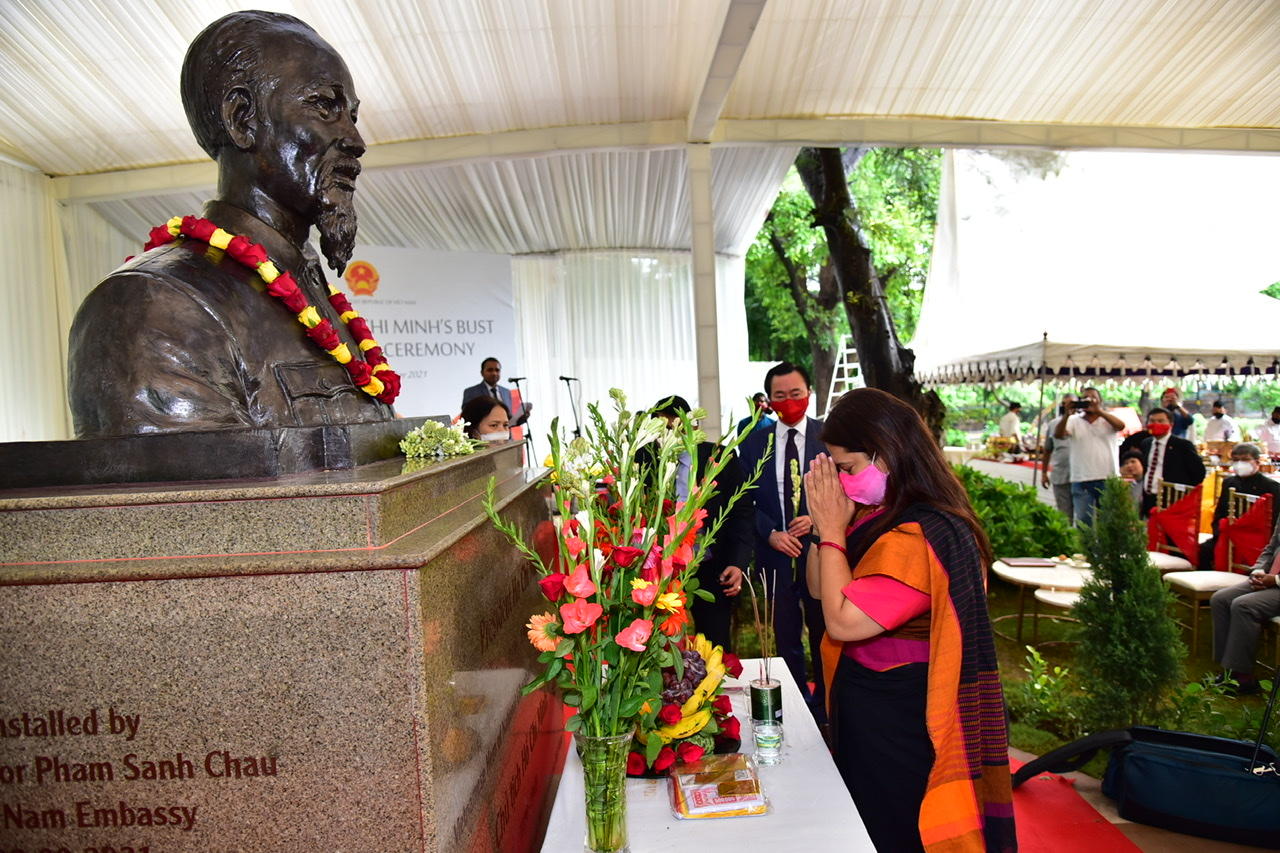 “Present political structure of both counties may be different, but we share a strong historical & cultural bond,” she added.

“President Ho derived inspiration from Mahatma Gandhi. While he never met him, he in an interview (in 1955) had said that he honoured the great spiritual leader of Indian people, Mahatma Gandhi as his master in his struggle against imperialism in Asia,”. In India too he won many hearts with his affability, cordiality, humility and austerity,” she said. 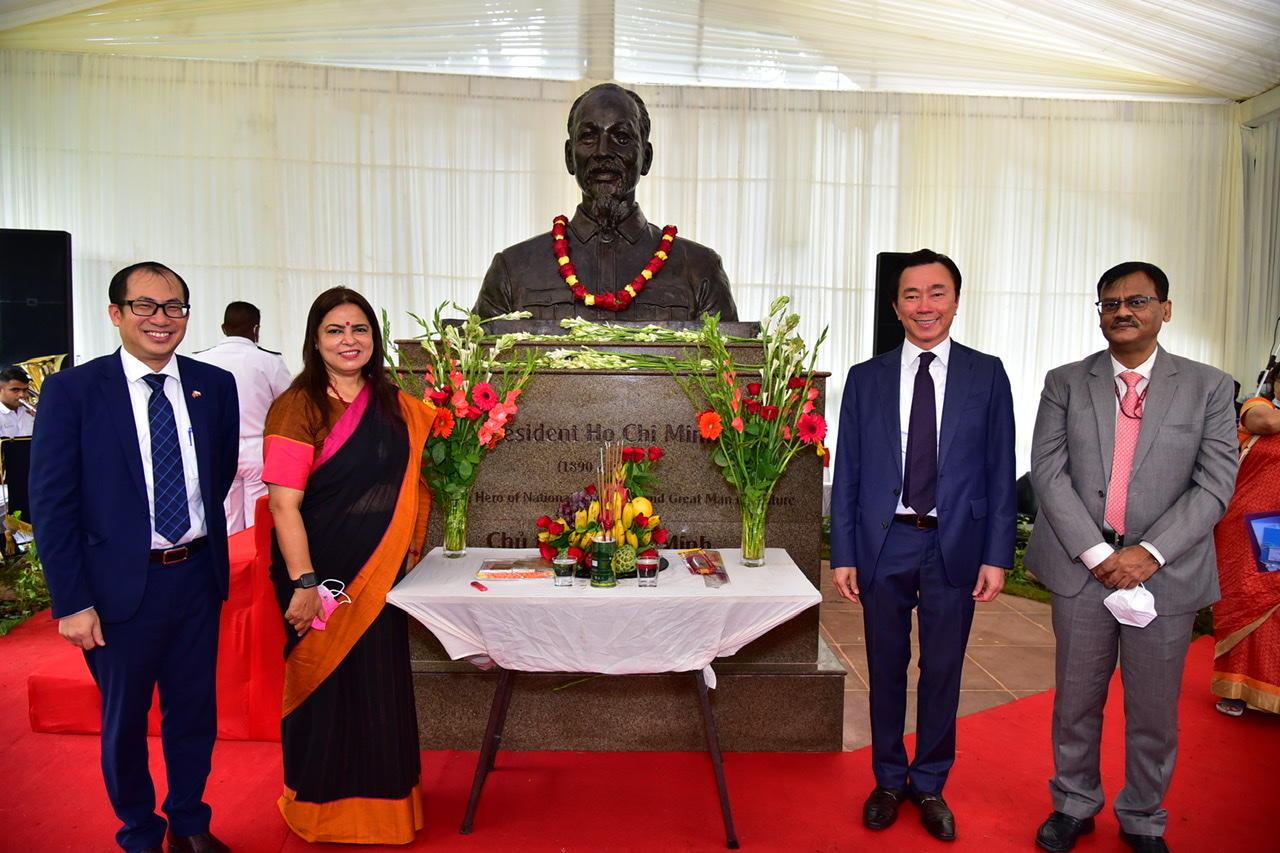 Speaking at the occasion the Ambassador of The Socialist Republic for Vietnam to India Pham Sanh Chau said “Uncle Ho wrote over 60 articles, research papers, poems, letters, telegraph messages & speeches about India and his experience with Indian leaders. His in-depth knowledge about India and its people and his close association with the then Indian PM Pt. Jawaharlal Nehru has helped cement Vietnam-India relationship”

Ho Chi Minh visited India three times, first in 1911, then in 1946 as head of state with India as a stop on his way to France for peace dialogues, and finally in 1958 for 13 days, as official state visit for 10 days as the president of the Democratic Republic of Vietnam. Indians too supported the Vietnamese independence movement. India supported Vietnam's independence from France, opposed American involvement in the Vietnam War, and supported unification of Vietnam. There was an unseen emotional bond with Vietnam & Kolkata.

During the Vietnamese struggle against the French, thousands of Indian students marched on the Kolkata streets to express their solidarity with Vietnam. Two students were killed & 21 were injured in the Police firing that ensued which led to a total strike in Bengal. This movement continued till 1975, when the war finally ended.

The India -Vietnam strengthening of relations started in 1947, when the new democratic republic of Vietnam was born and had not till them established diplomatic relations with other countries.

Prime Minister Nehru invited Vietnam to attend the Asian Relations conference in India. Therefore, India is the first country in the world to recognise the democratic republic of Vietnam with Ho Chi Minh as its president. At the farewell party when Uncle Ho left New Delhi for Bombay & Kolkata Prime Minister Nehru, who always used beautiful & respectful words for him said “We have met a person who is part of Asian history. We meet such a great Man, and we meet a period of history. Therefore, we not only enrich our thoughts, but also feel more honoured. Meeting president Ho is such an experience”

Vietnam has recently announced the appointment of the Honorary Consul for Vietnam for Bengaluru and plans to open similar Consul in more Indian cities.