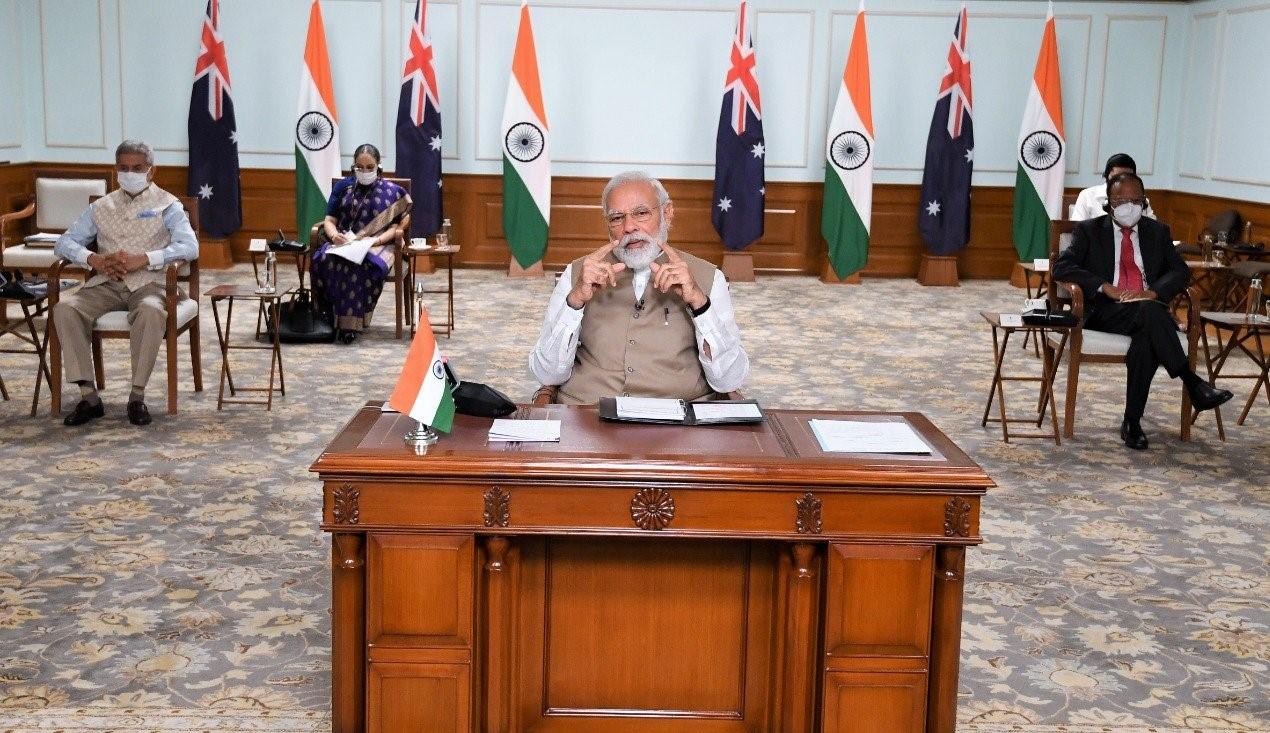 New Delhi: With an aim to take bilateral relations to a new height, Prime Minister Narendra Modi said on Thursday that India is committed to strengthen its ties with Australia as its a perfect time and perfect opportunity.

In a first ever Virtual Summit between India and Australia held on Thursday, the prime minister said, “This is perfect time to further strengthen relations between India and Australia. There are endless opportunities to strengthen our friendship, it also brings with it challenges to turn this potential into reality, how our relation becomes a factor of stability for the region.”

PM Modi also added that India is committed to strengthening its relations with Australia, “it is not only important for our two nations but also for the Indo-Pacific region and the whole world.”

Appreciating Prime Minister’s efforts in playing a constructive role in the difficult times, Australian Prime Minister Scott Morrison said, “We share an ocean and we share responsibility for that ocean as well, its health, well being and security. The relationship we are forming around those issues on our maritime domain, I think is the platform for so many other things between our countries.”

Acknowledging India’s role to be significant in Indo-Pacific region, Mr Morrison also added, “We are committed to an open, inclusive, and prosperous Indo-Pacific and India's role in that region, our region will be critical in the years ahead.”

In his opening remark, PM Modi expresed condolences to the COVID-19 affected people in Australia.

“On behalf of the whole of India, I express my condolences to the COVID19 affected people in Australia.”

Informing about his government’s steps taken during this crisis, Mr Modi said, “Our govt has taken the decision to view this #COVID19 crisis as an opportunity. In India, a process of comprehensive reforms has been initiated in almost all areas. Very soon its result will be seen at the ground level.”

“I commend India on its leadership on taking Chair of WHO's executive board. This is a very important time to be chairing that board & I have no doubt that India's leadership will be critical in dealing with difficult problems globally particularly in the health area,” Australian Prime Minister said.

It is the first time that Mr Modi held a “bilateral” virtual summit with a foreign leader.

Relationship between the two nations was upgraded to a ‘Strategic Partnership’ level in 2009. Since then, both countries have expanded their cooperation in a range of key areas.