GSL makes another on time delivery of new class OPV 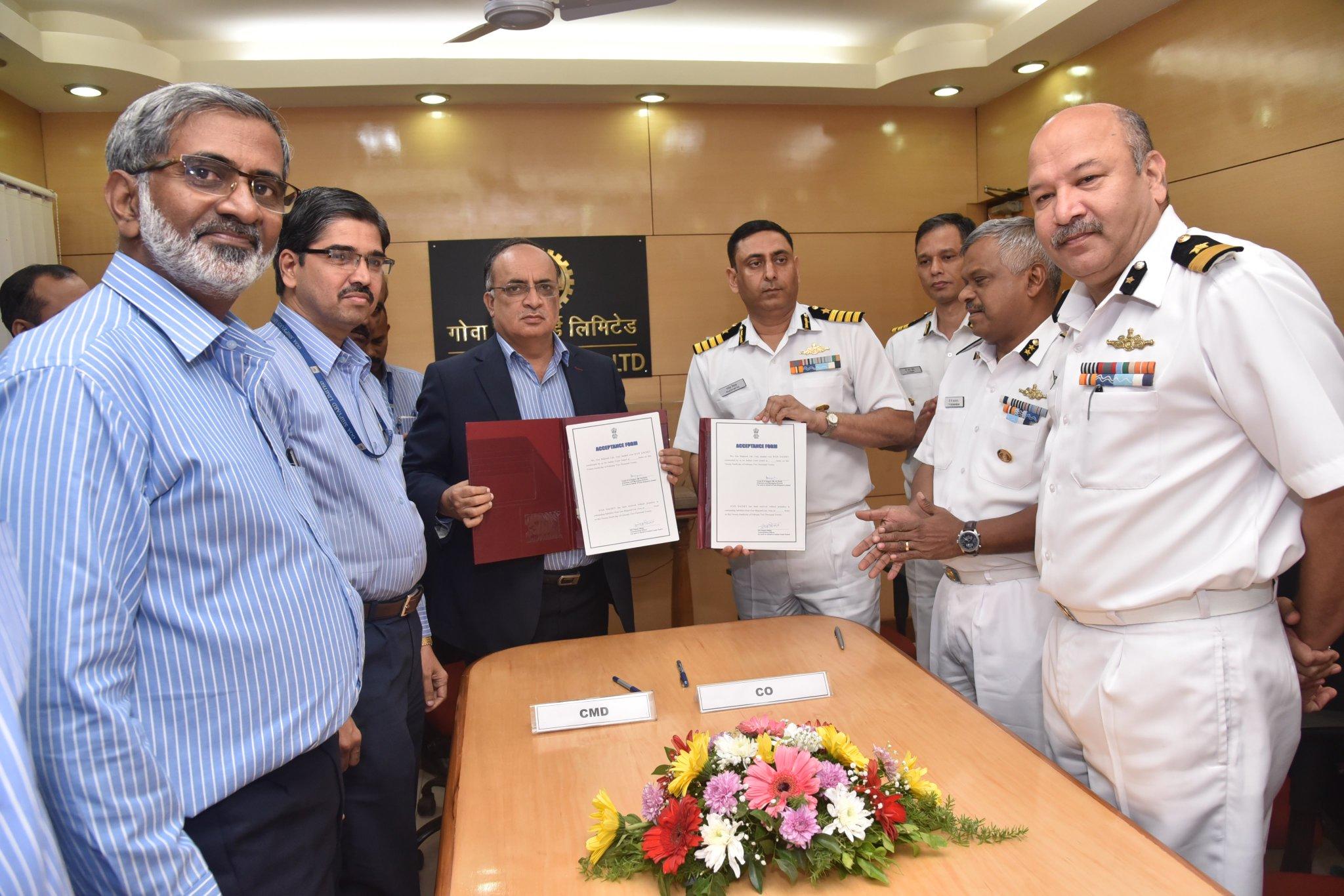 According to a statement from GSL, the largest and most advanced 105 meters long, new generation OPV was handed over by Cmde B B Nagpal, CMD, GSL, to DIG Rajesh Mittal, Commanding Officer (designate) in presence of IG T P Sadanandan, PTM, TM, DDG (M&M), Indian Coast Guard and DIG Atul Parlikar, TM CGRPS (Goa) in a simple ceremony held at GSL.

GSL CMD, on the occasion, said, “The on time delivery of the ship, being the first vessel of the new class, with enhanced indigenization of critical machinery, has reinforced the trust of our esteemed customers in the shipbuilding capability of GSL.”

The ship was launched on February 21, 2019, and within a year it was delivered.