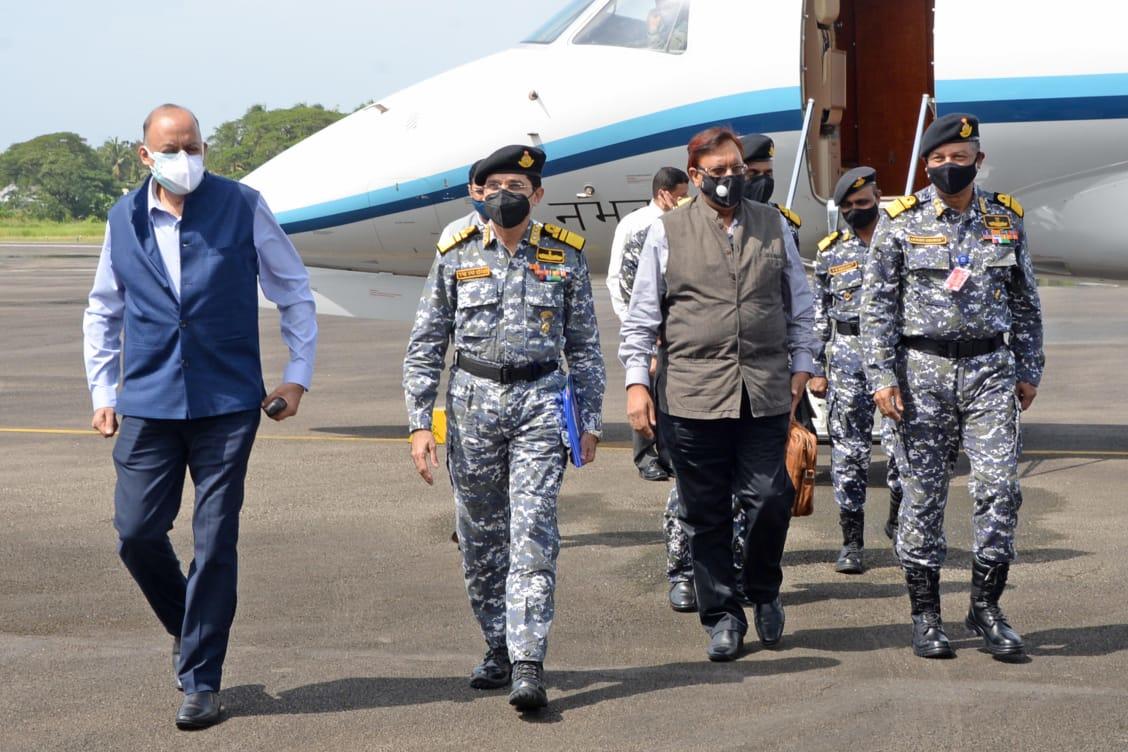 The Defence Secretary was also given a demonstration of the indigenous Oxygen Recycling System and appraised about the Environmental Projects undertaken by Southern Naval Command.