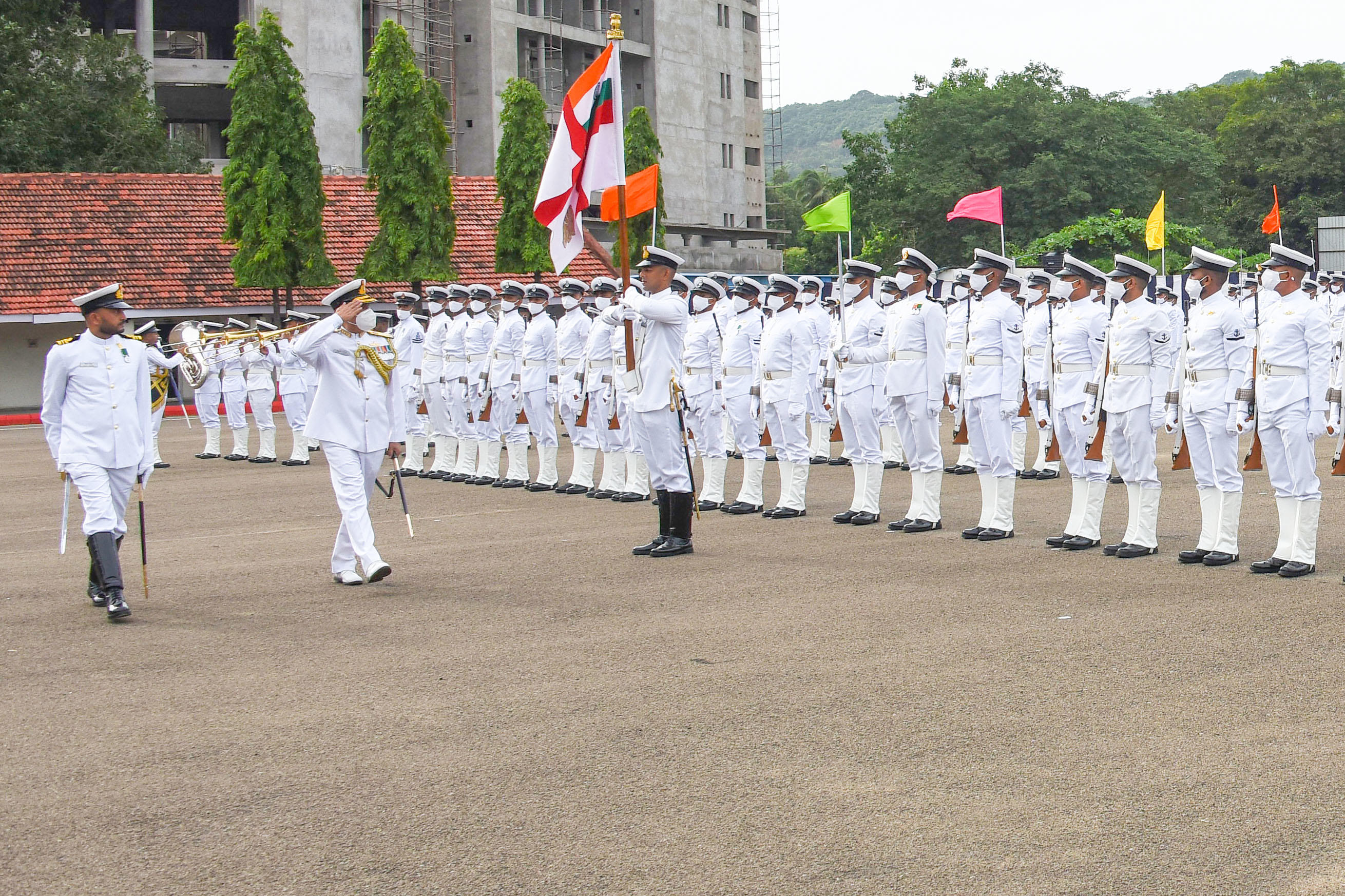 The parade comprising of six armed platoons and 12 unarmed platoons commenced with insertion of the prestigious President’s Colours and concluded with the singing of the national anthem.

The Parade was attended by officers and sailors of ships and establishments based at Visakhapatnam and naval veterans. The CinC interacted with Gallantry Award winners and naval veterans on completion of the parade.

Speaking on the occasion, the Commander-in-Chief conveyed greetings to all personnel on parade and their families on the momentous occasion of the 75 years of India’s Independence being celebrated as ‘Azadi ka Amrit Mahotsav’ and paid rich tributes to the sacrifices of several leaders and Martyrs who laid down their lives to get us freedom.

He also expressed gratitude to individuals and institutions that have sustained our democracy for the last 75 years.

The CinC also congratulated Lt Cdr Mritujay Kumar and Vineet Kumar LA (AH) for being conferred with Shaurya Chakra and Nao Sena Medal(Gallantry) respectively by the President of India for their act of bravery in neutralising terrorists in J&K last year.

The CinC also highlighted the concepts and strategies to shape the India of the future.

He exhorted the personnel present to always work towards Aatma Nirbhar Bharat in every field through Swavalamban, self-reliance and Swabhiman, self-respect and take the Nation where we would like to see it when we celebrate 100 years of our Independence.

In another event at the ‘Victory at Sea’ War Memorial on the Beach Road, Rear Adm Sanjay Bhalla Flag Officer Commanding Eastern Fleet placed a floral wreath this morning and paid tributes to brave warriors who made the supreme sacrifice in defence of the Nation.