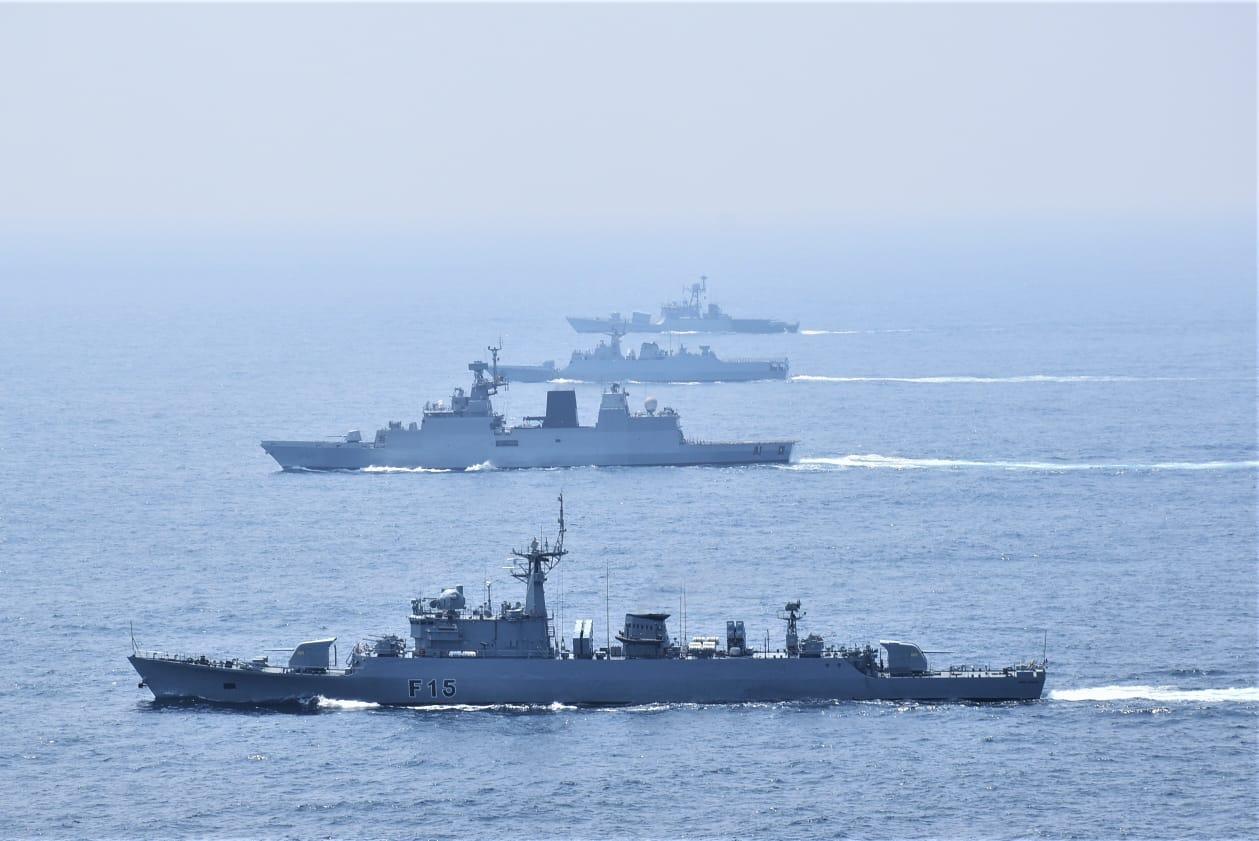 New Delhi: The navies of India and Bangladesh will commence their second edition of bilateral exercise “Bongosagar” is scheduled to commence in northern Bay of Bengal from Saturday, aiming to take the maritime relations a forward between two countries.

The first edition was held in 2019. “Bongosagar” is aimed at developing interoperability and joint operational skills through conduct of a wide spectrum of maritime exercises and operations, Indian Navy spokesman Commander Vivek Madhwal said.

The warships from both the countries will participate in surface warfare drills, seamanship evolutions and helicopter operations.

This exercise will be followed by the third edition of navies of India and Bangladesh Coordinated Patrol (CORPAT) in northern Bay of Bengal from October 4 to October 5, wherein the navies of two countries will undertake joint patrolling along the International Maritime Boundary Line (IMBL).

Conduct of CORPATs has strengthened understanding between both the navies and instituted measures to stop conduct of unlawful activities.

In addition to ships, maritime patrol aircraft from both navies and integral helicopter(s) would also be participating in the exercise.

India and Bangladesh have a close, long-standing relationship covering a wide spectrum of activities and interactions, which has strengthened over the years.

The people of India and Bangladesh also share close cultural bonds and a shared vision of democratic society and a rules-based order.

This edition of Exercise Bongosagar assumes greater significance since it is being conducted during Mujib Barsho – the 100th birth anniversary of Bangladesh’s founding father Sheikh Mujibur Rahman.

Exercise Bongosagar and Indian Navy and Bangladesh Navy CORPAT will be undertaken over three days and reflects the priority that Indian Navy accords to Bangladesh Navy as part of Prime Minister Narendra Modi’s vision of SAGAR (Security And Growth for All in the Region).