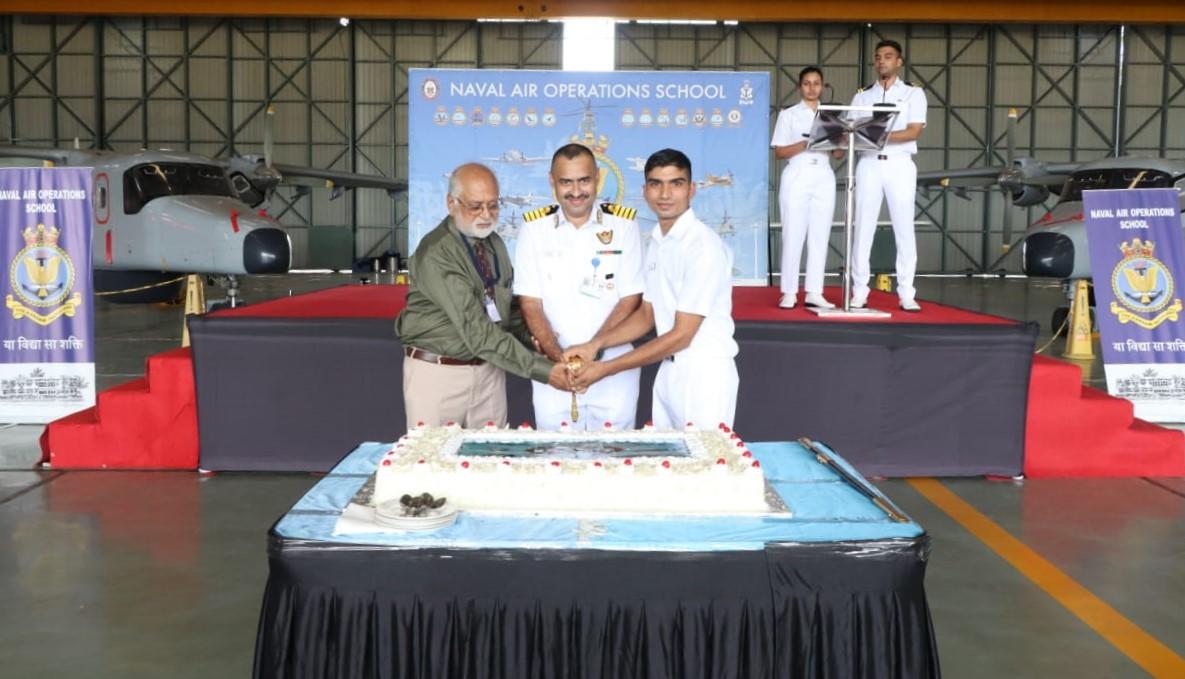 New Delhi  Indian Naval Air Operations School celebrated their diamond jubilee with activities spanning over two days between 07th – 8th of March, 2022. The event saw participation of serving officers and veterans including Gallantry award winners. The event marked sixty glorifying years of training that the school has imparted since its inception in the year 1960, in various avatars.

As part of the Diamond Jubilee Celebrations, a coffee table book depicting the history of the Naval Air Operations School to kindle nostalgic read for all novice and voracious readers was also released. The occurrence ensued by a panel discussion on ‘Effect of newly Inducted Aviation Assets in IN War fighting Capability' was conducted during the afternoon session.

The veterans, serving officers and their families visited the alma mater and interacted with the budding Airborne Tacticians of the School. The visitor and guests were introduced to the sophisticated flight simulator STRATA, Virtual Reality demonstrations and a visit to the Watermanship Survival Training Facility at Garuda. The school also paid homage to the departed warriors by observing a moment of silence. The interaction with veterans and war heroes, motivational talk by guest speakers, ‘Bara-khana’ with station crew were also conducted as part of the celebrations.

The Naval Air Operations School trains the fledglings of Indian Navy and Coast Guard into combat worthy men and women who are the cornerstone for mission accomplishment in Maritime Surveillance, Reconnaissance and targeting. These ‘Airborne Tacticians’ enable ordnance on target which is the ultimate purpose of any force in combat.

The Naval Air Operations School also trains officers and sailors from friendly foreign countries. Specialist training to instructors shaping them into competent aircrew to groom young aspirants into Air Operations Officers is also undertaken at the school. The school is currently headed by Captain V Kasiraman who is appointed as the Officer-in-Charge.