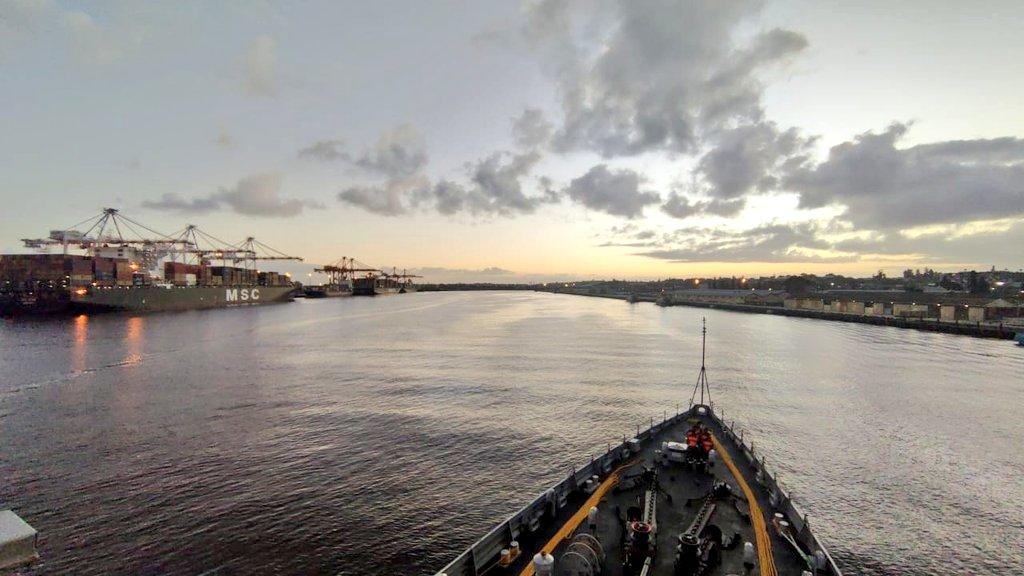 The ship's deployment coincides with the celebrations of 75 years of India’s Independence.

She is part of the Indian Navy's initiative to hoist ‘Tiranga' in all continents (except Antarctica) as part of Azadi Ka Amrit Mahotsav celebrations.

To commemorate the spirit of Independence, a flag hoisting ceremony is scheduled onboard in presence of Veterans and Australian Defence Forces officers on 15 August 2022.

INS Sumedha being the easternmost deployed unit of the Indian Navy would be the first ship to hoist the Tricolour on 15 August and kick-start the Independence Day celebrations.

The ship would also be open for visitors and the Indian diaspora during her port call.

Further, the Indian Naval Band from INS Sumedha is also scheduled to participate in the India Day Parade at Perth organised by the Consulate General of India, Perth and the Indian Society of Western Australia.

During the port call at Perth, the crew of INS Sumedha would be undertaking professional interactions, cross-deck visits and sports fixtures with Royal Australian Navy.

INS Sumedha is also scheduled to participate in a Maritime Partnership Exercise (MPX) with HMAS Anzac, an Anzac class frigate of the Royal Australian Navy on 17 August 2022 during her return passage.

She is part of the Indian Navy's Eastern Fleet based at Visakhapatnam and functions under the operational command of the Flag Officer Commanding-in-Chief, Eastern Naval Command.

The visit of INS Sumedha underscores India's vision of SAGAR (Security and Growth for All in the Region) and shared objectives of the two countries towards ensuring good order in the maritime domain and Indian Navy's commitment to building bridges of friendship and strengthening cooperation with friendly maritime nations.

It is in consonance with Joint Guidance provided by the Chiefs of both the navies in August 2021 and is aligned to the ‘2020 Comprehensive Strategic Partnership’ between the two nations.

It aims to further consolidate shared commitment to regional and global security challenges promoting peace, security and stability in the Indo-Pacific region.

Both navies have been collaborating on various fronts and are playing a critical role in ensuring the safety of international maritime trade and working towards global commons.