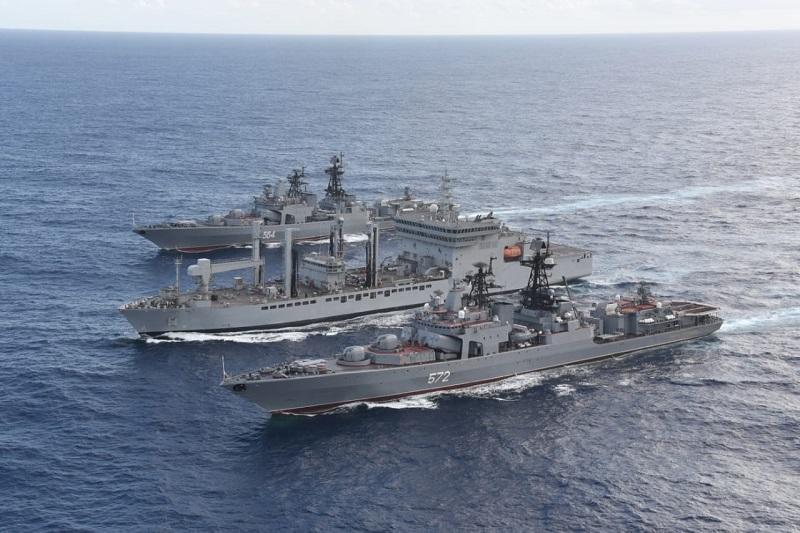 New Delhi: The 2020 edition of the Indra Indian-Russian naval drills has been completed in the Bay of Bengal and the Andaman Sea, the Russian Pacific Fleet's spokesman, Nikolai Voskresensky, said on Sunday.

The Indian-hosted Indra Navy-2020 began in the Bay of Bengal on Friday.

The participating Russian and Indian servicemen were expected to train their interoperability in responding to emerging security challenges on the sea.

Russia sent its Admiral Vinogradov and Admiral Tributs destroyers and the Boris Butoma tanker, part of its Vladivostok-stationed Pacific Fleet, to attend the drills.

The Indian Navy was represented by guided missile destroyer Ranvijay, indigenous frigate Sahyadri and fleet tanker Shakti along with their integral helicopters.

The spokesman added that the detachment of the Pacific Fleet warships continued to its long voyage aimed at carrying out missions in the Asia-Pacific region.

The Indra drills have been held regularly since 2003.