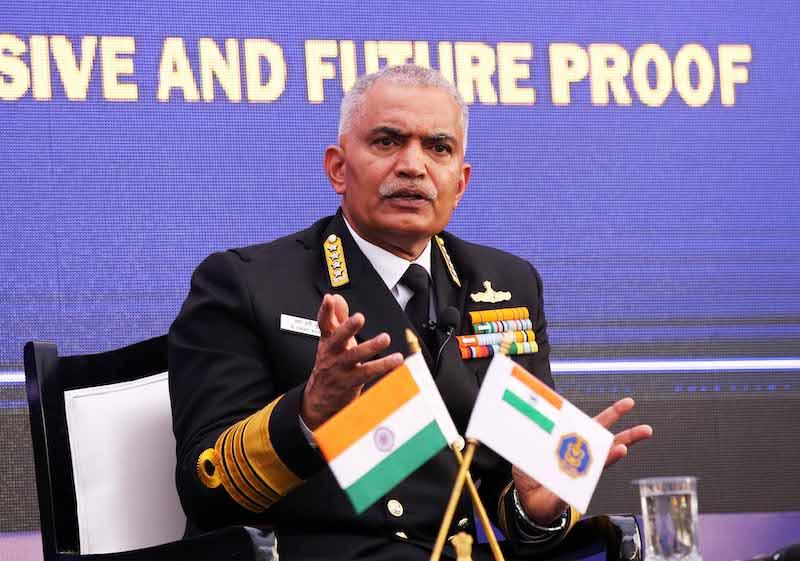 New Delhi: The Indian Navy has almost given up the idea of having a second indigenous aircraft carrier (IAC-2). The IAC-2 was supposed to be a bigger carrier than the IAC-1, which has been recently commissioned as INS Vikrant, with additional features and other significant enhancements. Instead, the Navy is now thinking of a repeat of the IAC-1, which will be almost similar to the INS Vikrant in size, capabilities, and features.

Addressing reporters on the eve of Navy Day in New Delhi, Navy chief Admiral Radhakrishnan Hari Kumar said, “On IAC-2, we are still working on what size it should be, what are the capabilities that are desired, etc. Right now, we have put a hold on it because we had just commissioned Vikrant. We are very happy with the ship, the way the ship performed in the trials. Lot of expertise has been gained in building IAC-1 in Cochin shipyard. Lot of ancillary industries have come up, which is ‘atmanirbhar’ (self-reliance) in full bloom.”

Adm Hari Kumar then added that the Navy is looking at the possibility of going for a repeat order of IAC-1. He said, “We are also examining if we should repeat order an IAC-1 instead of going for an IAC-2 to capitalize on the expertise available in the country and how we can plough (the investments) back into the economy. This is all, right now, in the discussion stage, and we have not firmed up our mind nor have we taken it to the government.”

The Navy had been pushing for a third aircraft carrier under the IAC-2 project.

How would IAC-2 have been different?

The carrier under the project was envisioned to have weighed 65,000 tonnes with a nuclear-propulsion system, which would have given the Navy a true “blue water” tag. It would have been able to house around 55 aircraft, including 35 fixed-wing combat aircraft and 20 rotary-wing aircraft.

It would have been equipped with a catapult-assisted take-off but arrested recovery (CATOBAR) aircraft launch system. CATOBAR is a system used for the launch and recovery of aircraft from the deck of an aircraft carrier. It enhances the aircraft’s payload capacity.

Both the carriers are short take-off but arrested recovery (STOBAR) designs, using an angled bow/ski-jump to provide additional lift for embarked aircraft on take-off.

However, INS Vikrant is yet to be ready for operational deployment. The carrier is expected to be fully operational by mid-2023.

According to some Navy sources, the idea to junk the IAC-2 project was mainly due to cash crunch. It would have required over ₹50,000 crore for life cycle cost for around 40 years.

An official stated that India needed a third aircraft carrier given the situation with China and Pakistan. The idea is to have one carrier in each of the eastern and western seaboard while the third one is in maintenance.

In reply to a reporter’s question on eight former Indian Navy officials detained in Qatar, Admiral Hari Kumar said, “This has been taken up with all agencies involved and at the highest leadership in the country. There is continuous effort, and we are hopeful that it will be resolved.”

Speaking on the Agnipath recruitment scheme, the Navy chief said a total of 3,000 Agniveers have joined the training facility at INS Chilka, out of which 341 are women. He said their training started on November 21.

Adm Hari Kumar also announced that from next year women officers will be inducted across all branches.

On Chinese ships, research vessels, and fishing ships in the Indian Ocean Region, the admiral said that there are about four to six Chinese naval ships in the region along with some research vessels and fishing vessels. He also said there were around 60-odd ships of “extra-regional forces” sailing in the IOR. He assured the nation that the Navy is keeping an eye on them so that they do not indulge in “inimical activities”.