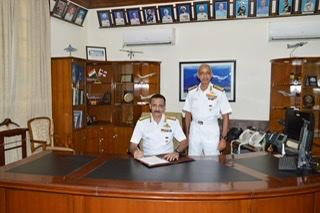 He was commissioned into the Indian Navy on July 1, 1983 and specialized in Aviation. The Flag Officer is a Qualified Flying Instructor with Master Green instrument rating. He has flown HT-2, Kiran HJT 16, TS 11 Iskra, Hunter, Harrier Gr 3, Jet Provost, Chetak, Gazelle, Hawk and Mig 29 KUB aircraft during his illustrious career.

The Admiral has held various challenging Staff, Command and Diplomatic assignments during his distinguished naval career and has had wide ranging experience onboard diverse platforms.

He has commanded various frontline ships and Naval Air Squadrons including INS Himgiri, INS Ranvijay, INS Ranvir, INAS 551B, INAS 300 as well as the premier Air Base INS Hansa. Additionally he was also appointed Indian Defence Advisor (Kenya, Tanzania and Seychelles) from 2005 to 2008.

In the rank of Vice Admiral, the Flag Officer has tenanted the appointments of Chief of Staff at Headquarters Western Naval Command, Mumbai, Director General Project Seabird and Chief of Personnel at IHQ MoD (N).

The Flag Officer has undergone various courses in India and abroad, which include the Flying Instructor Courses at Tambaram, Staff Courses at DSSC Wellington, Harrier Conversion Courses at Royal Air Force Base, Withering, UK and Project Management Programme at IIM Ahmedabad.

The Admiral relieves Vice Admiral MS Pawar, who superannuated on May 31.

He has assumed charge as the Controller Warship Production and Acquisition (CWP&A) on May 31.

Vice Admiral Kiran Deshmukh, who is alumnus of VJTI, University of Mumbai, was commissioned as an Engineer Officer into the Indian Navy on March 31, 1986.

He holds a Master degree in Engineering and is a post graduate from Defence Services Staff College, Wellington. 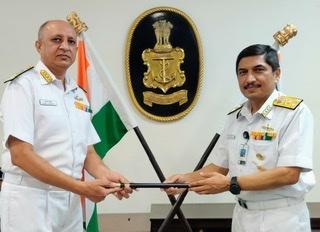 Prior to his appointment as CWP&A, as Flag Officer he has served as Director General Naval Project at Visakhapatnam, Admiral Superintendent of Naval Dockyard Visakhapatnam, Chief Staff Officer (Tech)/ HQENC and Assistant Chief of Material (Dockyards & Refits).

The Admiral is a Post Graduate in Radar and Communication Engineering from IIT Delhi and a distinguished alumnus of the Defence Services Staff College (DSSC) and the National Defence College (NDC).

He has held various challenging appointments during his illustrious naval career spanning over three and a half decades.

The officer has served on board the Aircraft Carrier Viraat in various capacities.

He has tenanted important appointments in Naval Dockyards at Mumbai and Visakhapatnam and in the Staff, Personnel and Materiel Branches of Naval Headquarters.

The Admiral has also commanded the premier electrical training establishment of the Navy, INS Valsura. 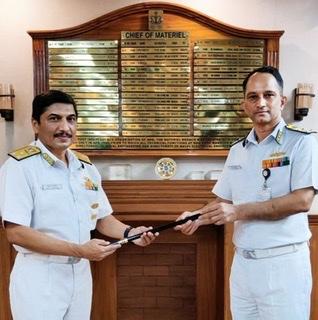 As a Principal Staff Officer and the Senior most Technical Officer in the Indian Navy, the Admiral would be in charge of all aspects related to maintenance management and life-cycle product support of all Engineering, Electrical, Electronics, Weapons, Sensors and IT related equipment and systems for ships and submarines, issues related to indigenisation of naval equipment and creation of major marine and technical infrastructure.

The Admiral relieves Vice Admiral SR Sarma, who superannuated on May 31.