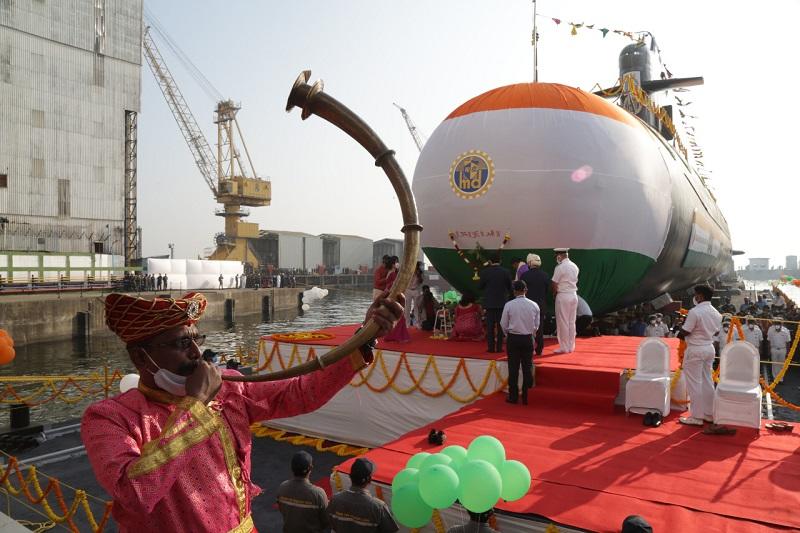 Performing the launch ceremony from Goa, the new submarine has been named ‘Vagir’ by the minister’s wife, Vijaya S Naik, in the presence of top naval officers and other dignitaries, including officials from Naval Group, France.

While the first two submarines, under the Project-75, have been commissioned into the Indian Navy, the third and fourth submarines are currently undergoing sea trials.

Speaking on the occasion, Mr Naik lauded the stellar role of MDL in the ‘Make In India’ and ‘Atmanirbhar Bharat’ initiatives of the Cenre.

He also appreciated the deep emotional bonds between ships and submarines and the crew, which builds and man them as a “unique aspects of the navy and shipyards”.