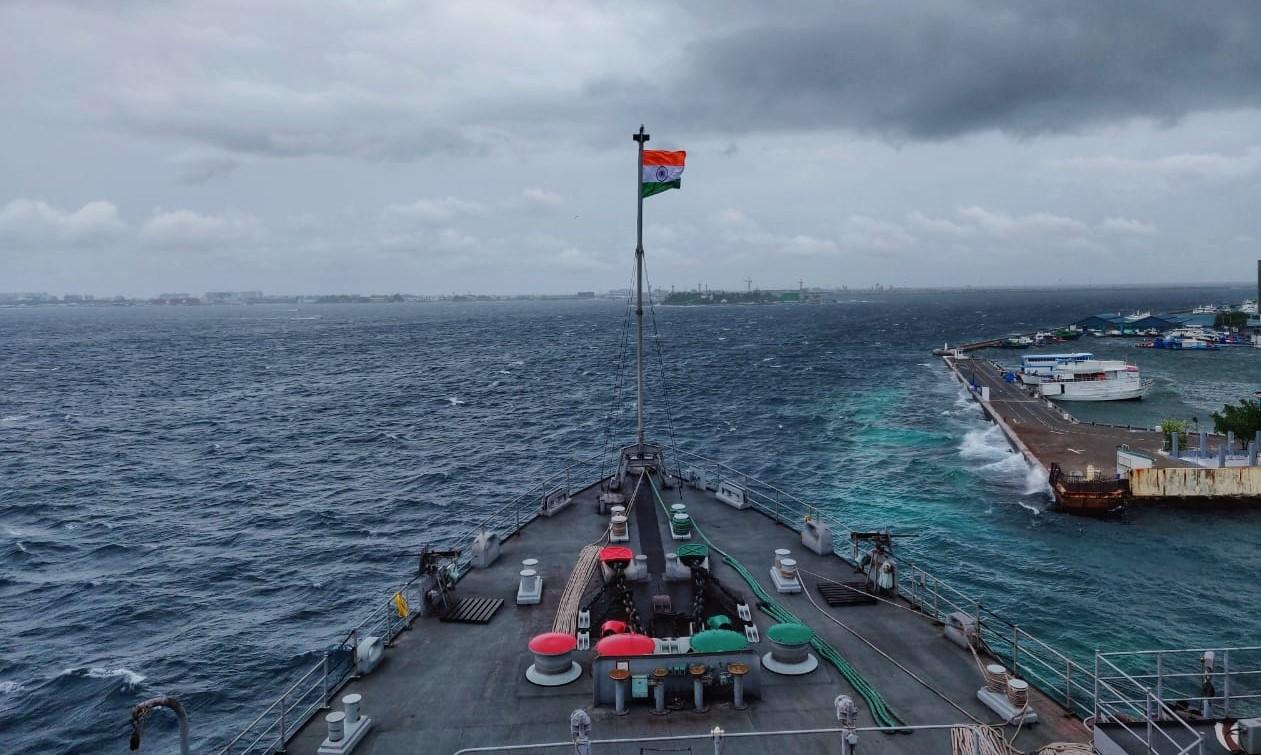 New Delhi: As part of the Indian Navy's Operation Samudra Setu initiative to bring back Indians stranded in Maldives, Indian Naval Ship (INS) Jalashwa carrying 588 Indian citizens onboard has departed from Male for Kochi in Kerala on Saturday.

INS Jalashwa completed embarkation of 588 Indian citizens on May 15 at the port of Male. Her manifest of 588 includes six expectant mothers and 21 children, Indian Navy said in a statement.

“Braving rain and winds gusting to 30-40 knots at Male, the ship staff ensured completion of all formalities for the manifested passengers while observing safety and medical protocols at all times,” it added.

The inclement weather hampered the planned embarkation process requiring various pre-embarkation activities to be done onboard the ship itself.

INS Jalashwa had arrived in Male on Thursday. Earlier, on May 10 the ship had repatriated 698 citizens to Kochi.

The Operation Samudra Setu is the repatriation mission launched by the Indian Navy to bring Indian citizens home from foreign shores in the wake of COVID-19.