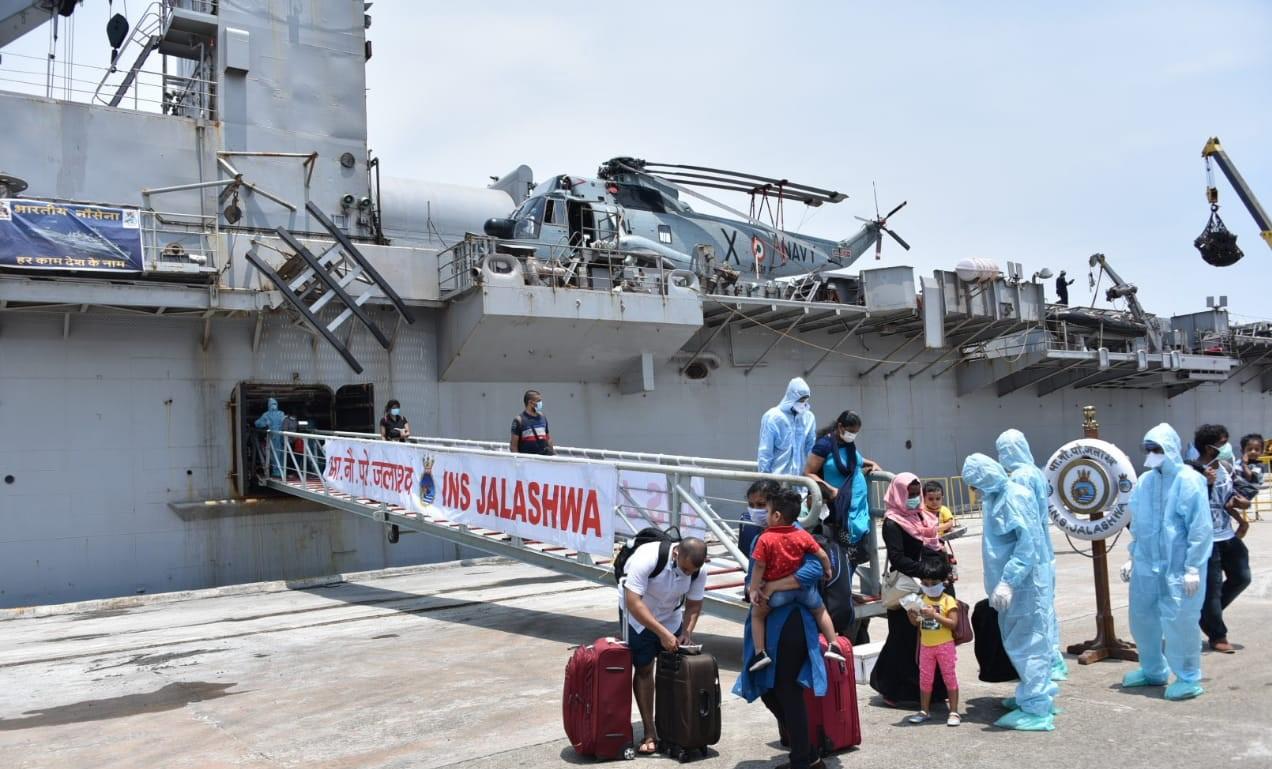 This was the second phase of Indian Navy’s Operation Samudra Setu under the aegis of Vande Bharat Mission launched by Government of India.

The Indian nationals brought onboard the ship includes 70 women (06 pregnant) and 21 children. The passengers were primarily from Kerala, Tamil Nadu, Telangana and Lakshadweep.

The warship berthed alongside at the Samudrika Cruise Terminal, of Cochin Port Trust at 11:30 am and was received by the State Government, District Administration and Port Trust, the Indian Navy official said.

Extensive arrangements were made by the Port authorities for streamlining the process of COVID screening and immigration procedures as also by the civil administration for transportation for the evacuated Indian nationals to respective districts/States for further quarantining.

The ship had departed Male on May 16 for the repatriation of Indian nationals from the Island nation.

The ship's scheduled departure on May 15 was delayed due to inclement weather, accompanied by heavy rains and strong winds. Meanwhile, INS Magar is preparing itself for the second phase of evacuation as and when directed.