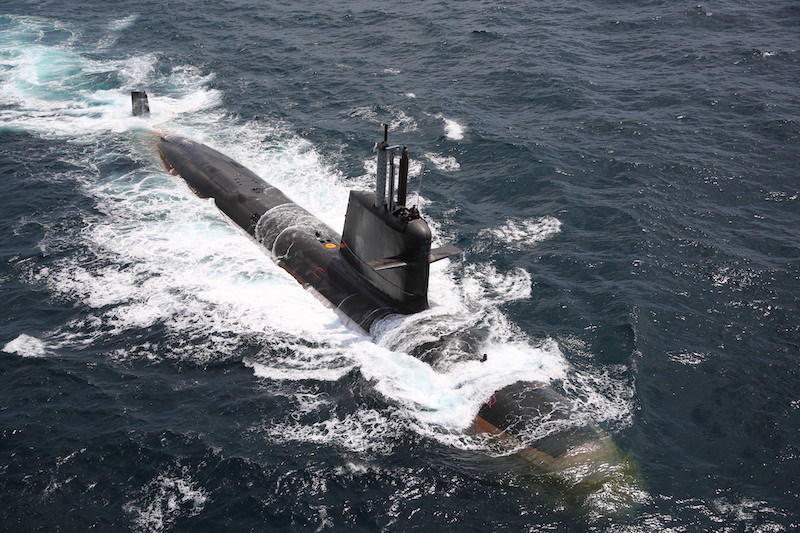 New Delhi: The Defence Research and Development Organization and France’s Naval Group have signed a deal for the integration of the indigenously built fuel cell-based air-independent propulsion (AIP) system in the Kalvari-class submarines. The first of the AIP system will soon be ready to be fitted on INS Kalvari.

AIP enables a non-nuclear submarine, like the diesel-electric Kalvari-class submarines, to operate without access to atmospheric oxygen by surfacing or using a snorkel. This technology makes the submarine go almost silent, adding to the warship’s stealth and lethality.

It may be noted that in comparison to the conventional AIP systems, which are being used by the navies worldwide, the indigenous cell-based AIP is unique as the hydrogen is generated onboard.

In 2021, the land-based prototype of the AIP, developed by DRDO’s Naval Materials Research Laboratory, was tested successfully.

Announcing the latest deal, the DRDO said, “This new endeavour between DRDO (NMRL) and Naval Group France will be a very significant step towards the detailed design certification of the energy module, which will be performed by NMRL along with Indian industry and design of the platforms impacted by the integration of the indigenous AIP inside the Indian submarine by Naval Group.”

“These actions will seamlessly lead the way to start localization and industrialization of AIP including the hull fabrication by the Indian industry for future fitment on board the submarines,” it further said.

On this occasion, Pierre Eric Pommellet, Naval Group’s chairman and CEO, congratulated the team. He said, “We are very proud to cooperate with Indian stakeholders to safely integrate the DRDO AIP in the Kalvari-class submarines built by MDL (Mazagon Dock Shipbuilders Limited).”

“This is a natural extension of strategic bilateral cooperation shared between France and India in the field of underwater defence and deterrence and in spirit of Naval Group’s continued commitment towards “Atmanirbhar Bharat” (self-reliant India) policy,” he added.

It may be noted that in October 2019, the DRDO had announced a breakthrough in the fuel cell-based AIP system for Indian submarines. Pakistan has already acquired submarines fitted with the AIP system from China.