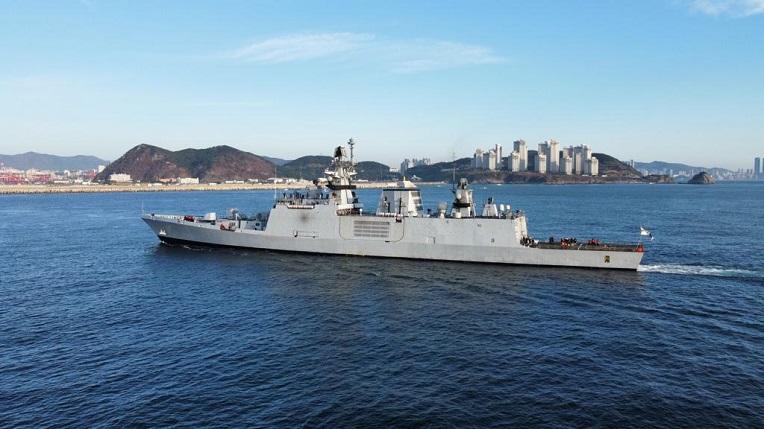 Busan: Indian Naval Ships, Shivalik and Kamorta reached Busan in South Korea to undertake professional and social interactions with the ROK Navy, which would also include a maritime partnership exercise at sea.

Defence forces interactions between the two countries have been expanding with every passing year.

The port calls are a true testimony of the growing friendship between the two countries, and both navies are poised for enhanced cooperation.

The two Navy Chiefs also held interaction and exchanged notes on the sidelines of the West Pacific Naval Symposium (WPNS) in Japan.

They are under the Eastern Naval Command and form part of the Indian Navy's Eastern Fleet based at Visakhapatnam.

The two ships are equipped with a versatile array of weapons and sensors, carry multi-role helicopters and represent the growth of India's warship-building capabilities.