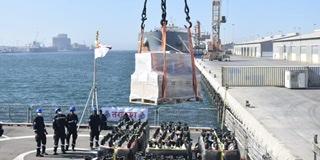 In continuation of “Oxygen Solidarity Bridge” to support India’s fight against COVID, Indian Naval ships have been playing crucial role in transhipment of Oxygen and other medical supplies from various countries.