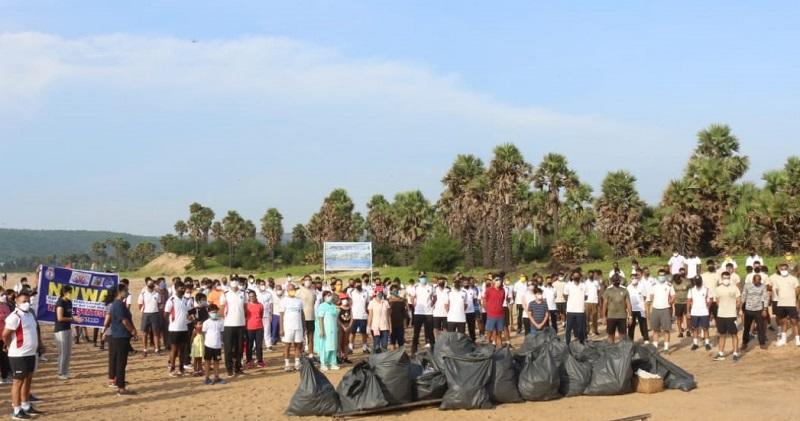 Visakhapatnam: The 35th International Coastal Cleanup Day was celebrated consecutively for the ninth year by the Indian Navy on Saturday.

To commemorate the occasion, Eastern Naval Command (ENC) as a part of their sustained commitment and responsibility undertook Coastal Cleanup Drive at Ramakrishna Beach, Yarada Beach, and all seafronts within premises of naval units along the East coast, ENC Spokesperson said.

Naval personnel at Ramakrishna beach and at Yarada beach undertook the cleanup drive whilst strictly adhering to Covid-19 protocol.

Drive was intended to inculcate amongst the general populace, the spirit of respecting the beaches and safeguarding our environment, he said.

The event was also aimed to create awareness among the general public to keep beaches clean and to support the noble efforts of GVMC in making ‘The City of Destiny – Vizag’ a clean city.