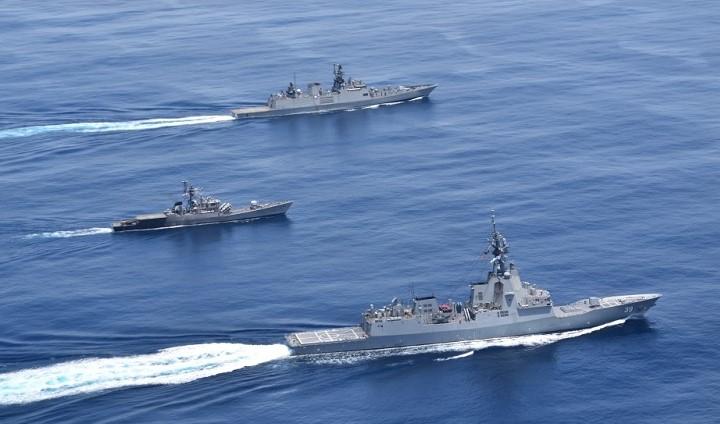 The exercise will conclude on Thursday.

PASSEXs are regularly conducted by Indian Navy with units of friendly foreign navies, whilst visiting each other’s ports or during a rendezvous at sea.

This exercise being conducted in the East Indian Ocean Region, reflects the growing strength of Indo-Australian bilateral relations as comprehensive strategic partners, particularly in defence cooperation in the maritime domain.

The exercise, which is in keeping with the strong bond shared by the two navies, would be another step towards strengthening Indo-Australia defence relations and the continued efforts of both Governments to work closely to enhance safety and security of the global commons in accordance with international regulations.

The two navies have built a robust relationship through regular exercises such as AUSINDEX conducted biennially, he said.

In the backdrop of the Covid-19 pandemic, the exercise would be conducted strictly as a ‘non-contact activity’ and would not involve any physical contact between the participating personnel of the two navies.

In June this year, India and Australia signed a comprehensive strategic partnership which opened the door for closer defense and maritime security cooperation between the two nations as well as access to the other's military bases.

Meanwhile, the second ministerial meeting of the Quadrilateral Security Dialogue or Quad is likely to be held in Tokyo in the first week of October.