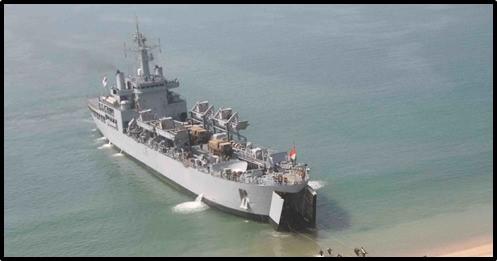 The Indian Mission in Iran has prepared a list of Indian citizens to be evacuated and will facilitate their embarkation after requisite medical screening.

In addition to authorised medical outfit, medical equipment specific to dealing with COVID-19 including innovative products developed by the Indian Navy during the ongoing COVID-19 crisis is also being carried onboard.

The returnee would be provided the basic amenities and medical facilities whilst undertaking the sea-passage to Porbandar.

Special isolation compartments have also been earmarked for any contingencies. In view of the unique challenges associated with COVID-19 including asymptomatic carriers, stringent protocols are being stipulated during the passage.

After disembarkation at Porbandar, the repatriated personnel will be entrusted to the care of State authorities.