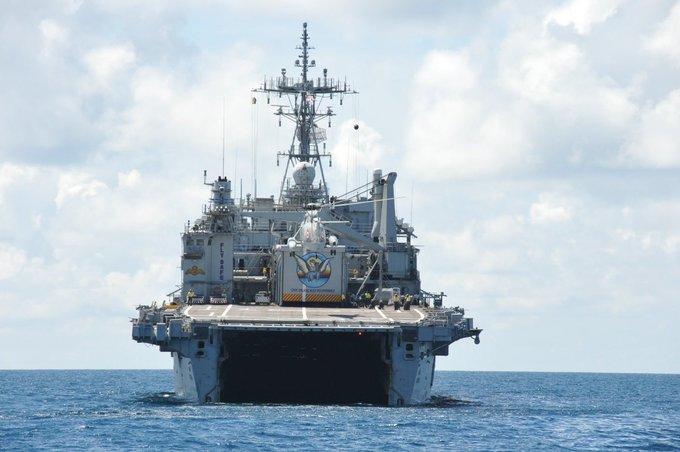 New Delhi: Indian Navy will commence next phase of Operation “Samudra Setu” to repatriate Indian citizens from overseas from June 1, wherein 1400 Indians will be brought back from Sri Lanka and Maldives.

So far, Indian Navy has repatriated 1,488 Indians from Male to Kochi in Kerala.

On Thursday, Ministry of External Affairs Ministry Spokesperson Anurag Srivastava had said that the Indian Navy Ships will make four sorties to bring back Indians from Iran, Sri Lanka and Maldives.

Indian Missions in Sri Lanka and Maldives are preparing a list of Indian nationals to be repatriated and will facilitate their embarkation after requisite medical screening.

COVID-related social distancing norms have been catered onboard and evacuees would be provided basic amenities and medical facilities during the sea-passage.

After disembarkation at Tuticorin the repartee will be entrusted to the care of State authorities.

This operation is being progressed in close coordination with Ministries of External Affairs, Home Affairs, Health and various other agencies of the Government of India and State governments, he added.