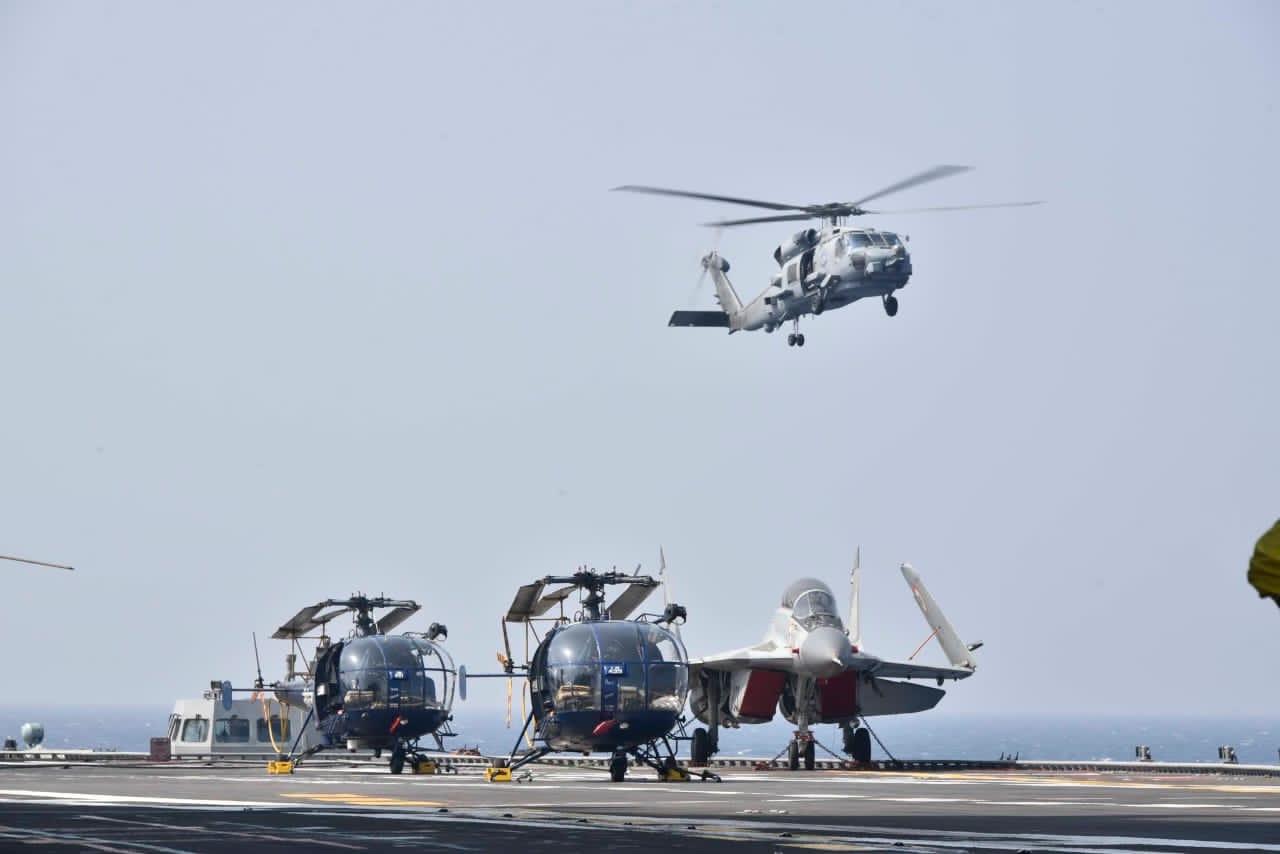 New Delhi: Navies of India, the US, Japan and Australia on Tuesday commenced their second phase of the Malabar naval exercise in the northern Arabian Sea.

The major highlight of the four-day exercise is the participation of Indian Navy's Vikramaditya carrier battle group and the Nimitz strike group of the US Navy. The USS Nimitz is the world's largest warship.

The first phase of the Malabar exercise took place in the Bay of Bengal from November 3 to 6 and featured a number of complex drills including anti-submarine and anti-air warfare operations.

The Australian Navy has deployed its HMAS Ballarat, an Anzac-class frigate while the Japanese Navy has sent its leading destroyer JS Murasame for the exercise.

The mega exercise is taking place at a time India and China are locked in an over six-month-long bitter border standoff in eastern Ladakh.

This exercise is involving coordinated operations of increasing complexity among the navies of the four countries which are part of the Quad or Quadrilateral Coalition, officials said.

"The two carriers, along with other ships, submarines and aircraft of the participating navies, would be engaged in high-intensity naval operations over four days," the Indian Navy said on Monday.

A carrier battle group or carrier strike group is a mega naval fleet comprising an aircraft carrier, accompanied by a large number of destroyers, frigates and other ships.

The Navy said the exercise will include cross-deck flying operations and advanced air defence exercises by MIG 29K fighters of Vikramaditya and F-18 fighters and E2C Hawkeye from Nimitz.

Apart from Vikramaditya and its fighter and helicopter air-wings, the Indian Navy is also deploying destroyers Kolkata and Chennai, stealth frigate Talwar and fleet support ship Deepak in the exercise.

Last month, India announced that Australia will be part of the Malabar exercise which effectively made it a drill by all four member nations of the Quad which is primarily focusing on containing China's military expansionism in the Indo-Pacific region.

China has been suspicious about the purpose of the Malabar exercise as it feels that the annual war game is an effort to contain its influence in the Indo-Pacific region.

The invitation by India to the Australian Navy for the exercise came two weeks after foreign ministers of the 'Quad' member nations held extensive talks in Tokyo with a focus on enhancing their cooperation in the Indo-Pacific.

The Malabar exercise started in 1992 as a bilateral drill between the Indian Navy and the US Navy in the Indian Ocean.

Japan became a permanent member of the exercise in 2015.