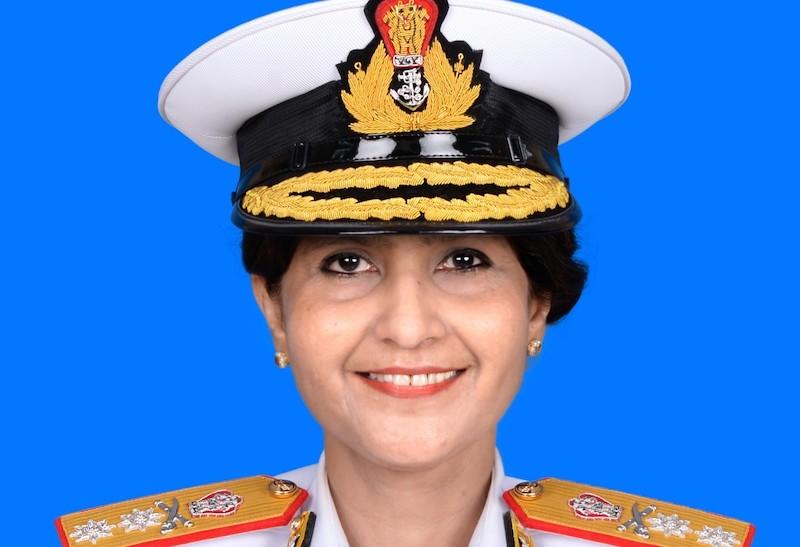 She is an alumnus of Timpany School Visakhapatnam and graduated from the prestigious Armed Forces Medical College, Pune.

She was commissioned into the Armed Forces Medical Services in Dec 1985. She has the distinction of having completed two post-graduate degrees - MD in Radiology at AFMC Pune and in DNB Radiation Oncology from the Tata Memorial Hospital, Mumbai.

In addition, she has trained in Gamma Knife Surgery at the University of Pittsburgh, USA.

In a long naval career, she has done tenures at Naval Science & Technology Limited Visakhapatnam and served in the naval hospitals at Port Blair, Visakhapatnam, Kochi and Mumbai.

She is an examiner for the National Board of Examination in Radiotherapy and is a recognised teacher and examiner at various universities.

She has several medical publications to her credit in peer-reviewed journals.

In the administrative cadre, she has served as Senior Registrar (Med Superintendent) at INHS Asvini, Mumbai and Principal Medical Officer Naval Dockyard, Mumbai.