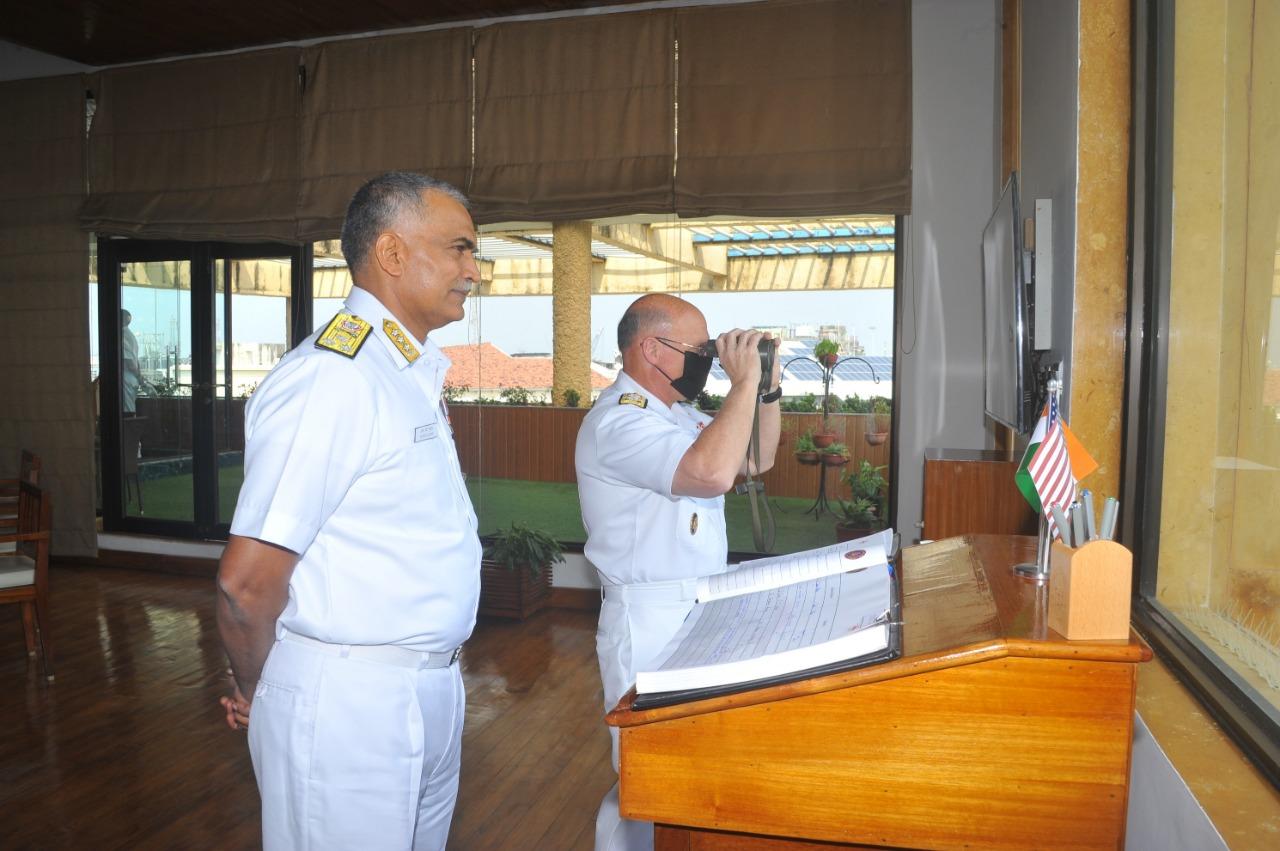 They also deliberated on the ways to deal with challenges emerging on the maritime front and enhance collaboration and  interoperability to ensure maritime security in the Indian Ocean Region (IOR).

Adm Gilday was accompanied by Linda Gilday and a high-level US delegation to Western Naval Command HQ at Mumbai.

The CNO was provided a broad overview of regional security dynamics and the operational responses of the Western Naval Command in recent times, particularly those related to delivering Humanitarian Assistance and Disaster Relief (HADR) to friendly foreign countries, conducting counter piracy operations, enhancing maritime safety and security in the region, and strengthening foreign cooperation,  with special emphasis on Indo-US co-operation. 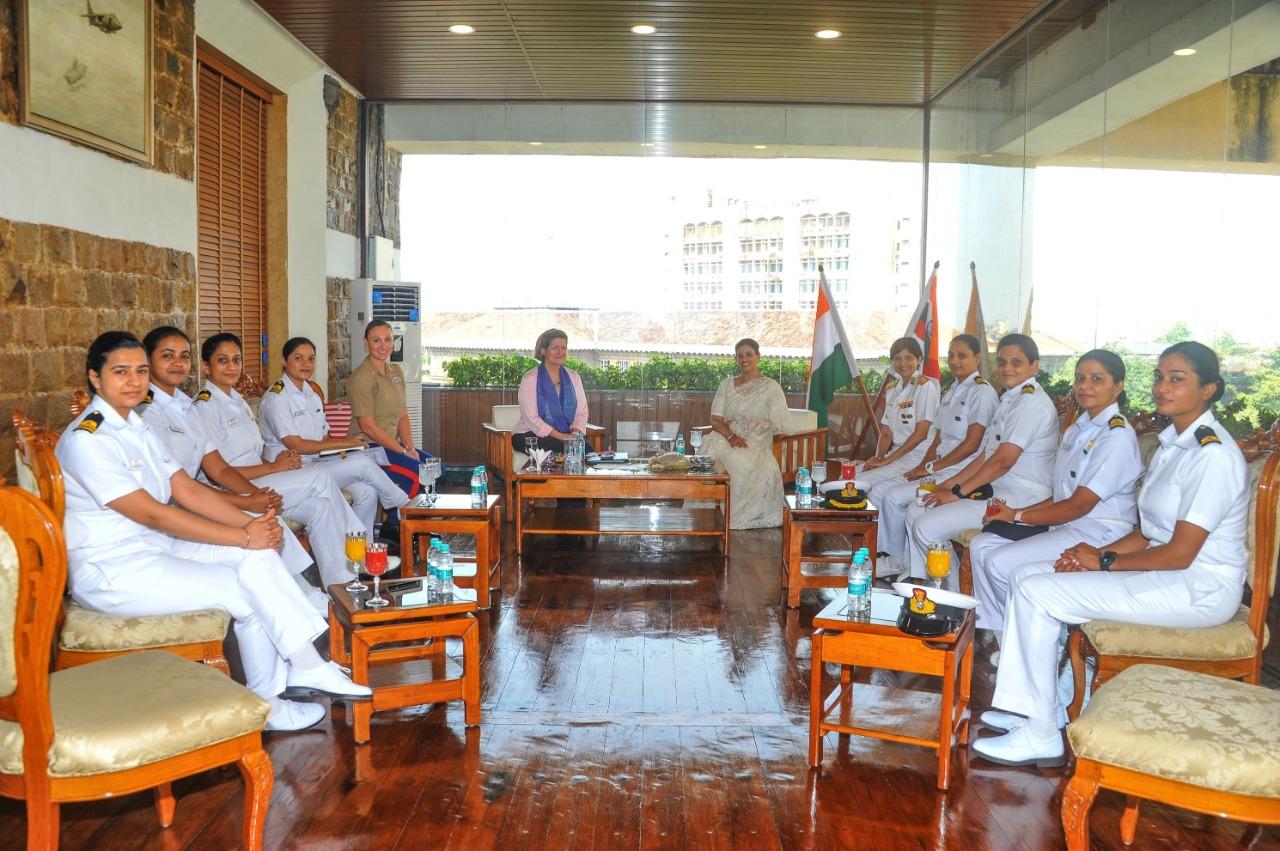 The crucial role played by IN ships through Operation Samudra Setu II in bringing home containerised medical oxygen to mitigate shortfalls in the country and strengthen its battle against COVID-19 was also highlighted.

The CNO addressed officers of the Western Naval Command, Southern Naval Command and various training establishments of the Indian Navy through video conference on the ‘Future of Warfare’.