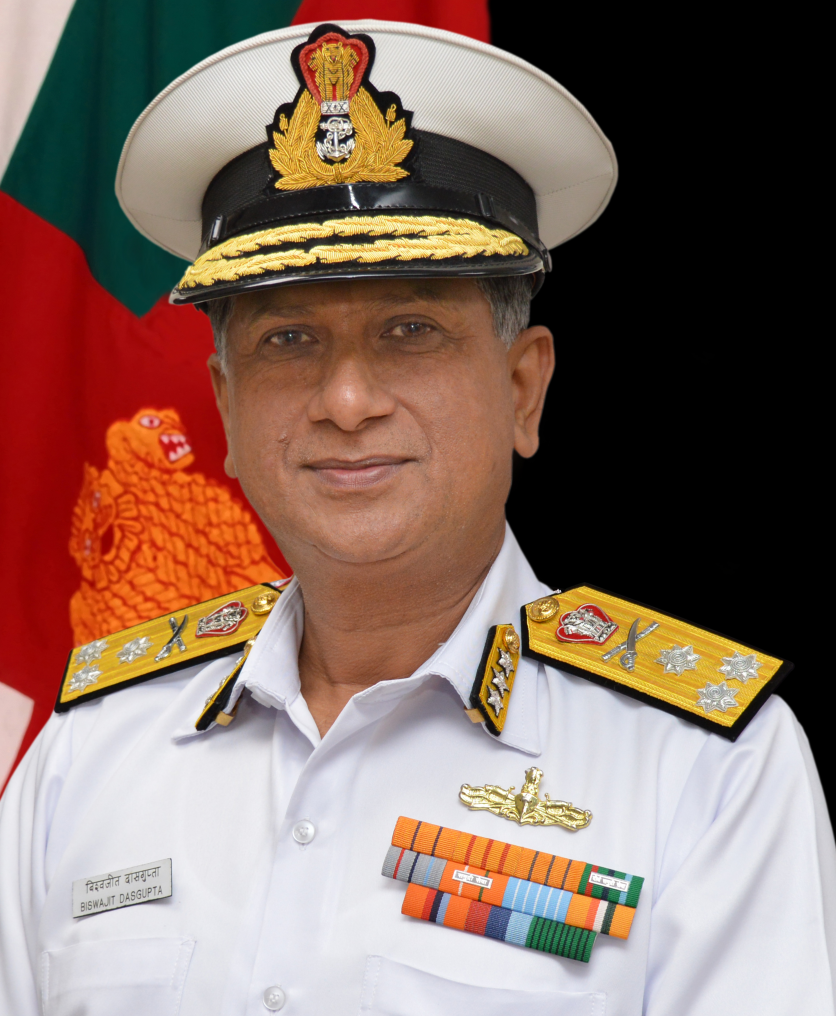 VAdm Biswajit Dasgupta is an alumnus of the National Defence Academy. He was commissioned into the Indian Navy in 1985 and is a specialist in Navigation and Direction.

He has held other operational, training and staff appointments such as Commander Work Up at Headquarters at Indian Naval Work-up Team (Kochi), Directing Staff at the Defence Services Staff College (Wellington), Officer-in-Charge of the Navy’s Navigation and Direction School, Naval Assistant to the Chief of the Naval Staff and Fleet Operations Officer of the Western Fleet.

On promotion to Flag Rank, he was appointed as Chief Staff Officer (Operations) at Headquarters, Western Naval Command at Mumbai.

During 2017-18, he held command of the prestigious Eastern Fleet at Visakhapatnam and was thereafter appointed as Additional Director General at NCC Headquarters, New Delhi.

On promotion to the rank of Vice Admiral and prior to his return to Visakhapatnam as the Chief of Staff, Eastern Naval Command, he was the Controller Personnel Services at Integrated Headquarters, Ministry of Defence (Navy) at New Delhi.

He was also awarded the Yudh Seva Medal for coordinating evacuation operations from strife-torn Yemen in 2015 under Operation Raahat.