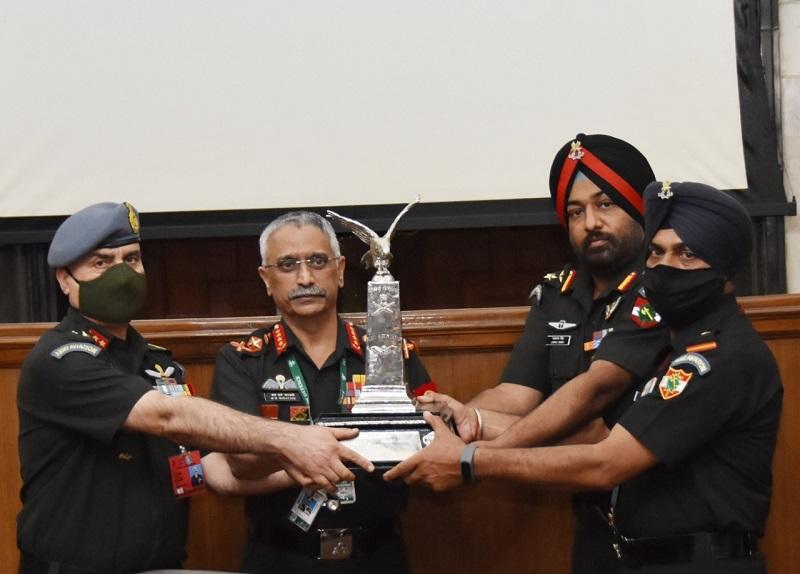 Chief of Army Staff Gen MM Naravane presented the award to Commanding Officer & Subedar Major of the unit on the concluding day of the Army Commanders’ Conference.

It has been instituted to promote the efforts towards flight safety among Indian Army Aviation Corps units tendering decisive combat edge to the force commanders.

This trophy is presented to Squadron, Independent flights adjudged first amongst units of Army Aviation Corps in aspects related to ensuring and promoting flight safety, an Indian Army official said.

Army Aviation being a highly technical arm which operates in the third dimension, flight safety assumes paramount importance in both peace and operations.

For the year 2019-20, 663 Army Aviation Squadron deployed in the Union Territory of Jammu & Kashmir has been adjudged first.

This Squadron is one of the oldest Squadrons of Army Aviation and has been actively involved in operation along the line of control and counter insurgency settings in Kashmir valley.