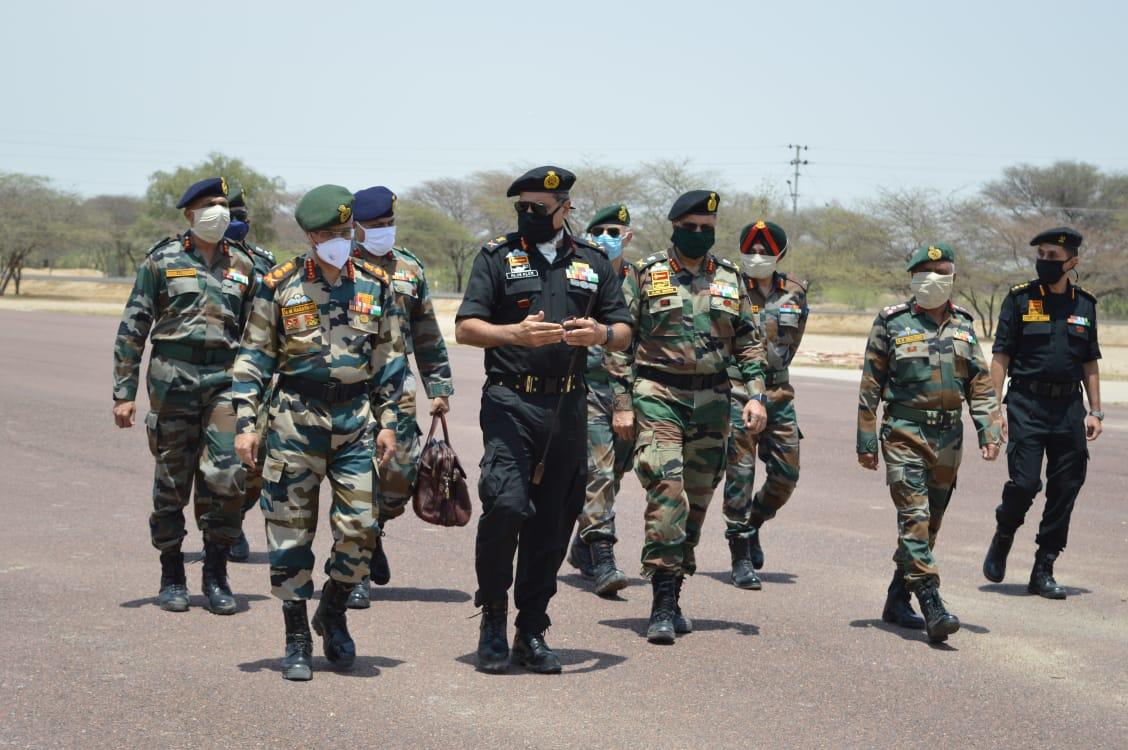 Jaipur: Indian Army Chief Gen MM Naravane on Wednesday visited forward areas of the Sapta Shakti Command in Rajasthan and Punjab and reviewed the operational preparedness of the command to thwart any threat that inimical forces may pose across the Western Front.

The army chief, who arrived here on Tuesday, interacted with troops and lauded them for their high morale and motivation.

“He commended efforts of the formations in the ongoing fight against Covid-19 pandemic. While addressing the officers, the Army Chief declared that IBGs (Integrated Battle Groups) will be operationalised soon,” Rajasthan-based Defence PRO Col Sombit Ghosh said.

He also advised optimisation of funds allotted under defence budget in view of the economic constraints due to COVID-19, and said that the funds should be utilised judiciously giving highest priority to operational needs.

During the visit, he exhorted all ranks to continue the excellent work and to maintain highest standards of battle readiness while ensuring force preservation to meet the emerging challenges efficiently and effectively.