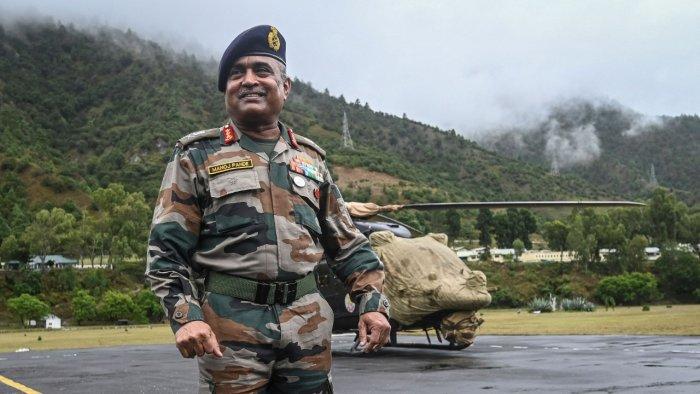 New Delhi: The government has announced that the current vice-chief of the Indian Army, Lieutenant General Manoj Chandrashekhar Pande, PVSM, AVSM, VSM, will be the new chief of the force, succeeding Gen MM Naravane, who will be superannuating on April 30.

He will be the first officer from Corps of Engineers to become thr chief of army staff.

Commissioned in 1982, Lt Gen Pandey, who had also commanded the Eastern Command, will be succeeding Gen MM Naravane. He would be the 28th chief of the Indian Army.

Let’s know about the new Indian Army chief in detail:

During Operation Parakaram, the Indian Army officer had commanded 117 Engineer Regiment in the sensitive Pallanwala Sector of Jammu & Kashmir, along the line of control.

Before becoming the vice-chief in February 2022, Lt Gen Pande was commander-in-chief Andaman & Nicobar Command (CINCAN) from June 2020 to May 2021 and general officer commanding in chief Eastern Command from June 2021 to January 2022.

Lt Gen Pande is the colonel commandant of the Bombay Sappers.