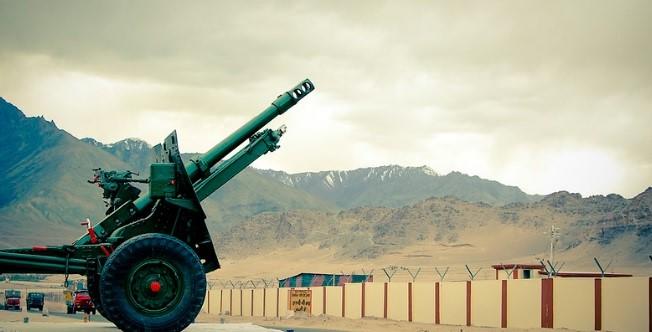 New Delhi: As China presses on with aggressive deployment of troops  in Eastern Ladakh along the Line of Actual Control (LAC), the Indian Army has decided to station additional troops as the two sides prepare for a long drawn faceoff in the cold desert. Simultaneously, the two sides have also activated their working mechanism at the level of diplomats to ease military tensions along the LAC.

The decision to strengthen the presence of Indian Army troops by sending additional reinforcements to counter the Chinese deployment was taken after a high-level review was undertaken at the just-concluded Army Commanders conference which is also learnt to have discussed the pressure tactics adopted by the Chinese side along the LAC in Eastern Ladakh since the first week of May.

Sources said that satellite images have shown stationing of artillery and mechanized elements on the Chinese side of the LAC opposite the Galwan valley, posing a threat of Indian deployments. Analysis of images indicate fortification of defences by the Chinese side in their area.

The Indian side has also decided to go in for counter-deployments on its side of the LAC to take care of the advantage which the Chinese side may have in terms of their early and deep deployments. Sources said the aim of the Indian Army is to match the Chinese build-up.

Chinese and Indian troops had indulged in limited skirmishes, resulting in coming to blows at Pangong Tso lake on May 5-6. The two sides have differed in the perception of the LAC at Pangong Tso, leading to tensions on the lake and on the northern banks. The Indian side’s concern is also about the threat posed to the strategic Darbuk-Shyok-Daulat Beg Oldie (DSDBO) road by the Chinese deployment on their side of the LAC. The 255-km road was opened last year by Defence Minister Rajnath Singh who inaugurated a 1400-feet bridge on Shyok river to the north of this area.

Reports quoted Ladakh Autonomous Hill Development Council Executive Councillor (Education) Konchok Stanzin as having said that while it was difficult to say how many Chinese troops have intruded inside Indian territory in Pangong Tso area, ``they are camping in Four Finger and Green Top areas also, apart from Patrolling Point 14-15.’’

Sources said though tensions along LAC in eastern Ladakh continue to simmer, India’s position, after a top level review of the situation, has veered around to the view that the Chinese side should be dealt with firmly without escalating it. India has added matching number of troops as well as stationed artillery guns on its side of the LAC.

China’s influential newspaper, The Global Times, in an opinion piece, noted that last year, India turned down U.S. President Donal Trump's offer to "help" and "mediate" between India and Pakistan over Kashmir, an issue India stressed can only be discussed bilaterally. India perhaps has been aware of the US' bad history of mediation in which the US made troubles rather than solved problems, and which turned bilateral disputes into multilateral ones.

The daily observed that China and India successfully solved their Doklam faceoff with concerted efforts and wisdom. The two informal summits between the leadership of the two sides, one in the Chinese city of Wuhan in 2018 and the other in the Indian city of Chennai in 2019, set the tone to maintain peace and tranquility along the border. Indian experts also believe that the special representatives' talks on the boundary question between India and China constitute an important channel of communication, and should continue in order to mitigate border standoffs and other hot issues.

"The latest dispute can be solved bilaterally by China and India. The two countries should keep alert on the US, which exploits every chance to create waves that jeopardize regional peace and order,’’ the newspaper said.

External Affairs Ministry’s official spokesperson Anurag Srivastav had also said that India was engaged with the Chinese side to peacefully resolve the issue. Both India and China have rejected American President Trump’s offer to mediate in the border row between the two neighbours.