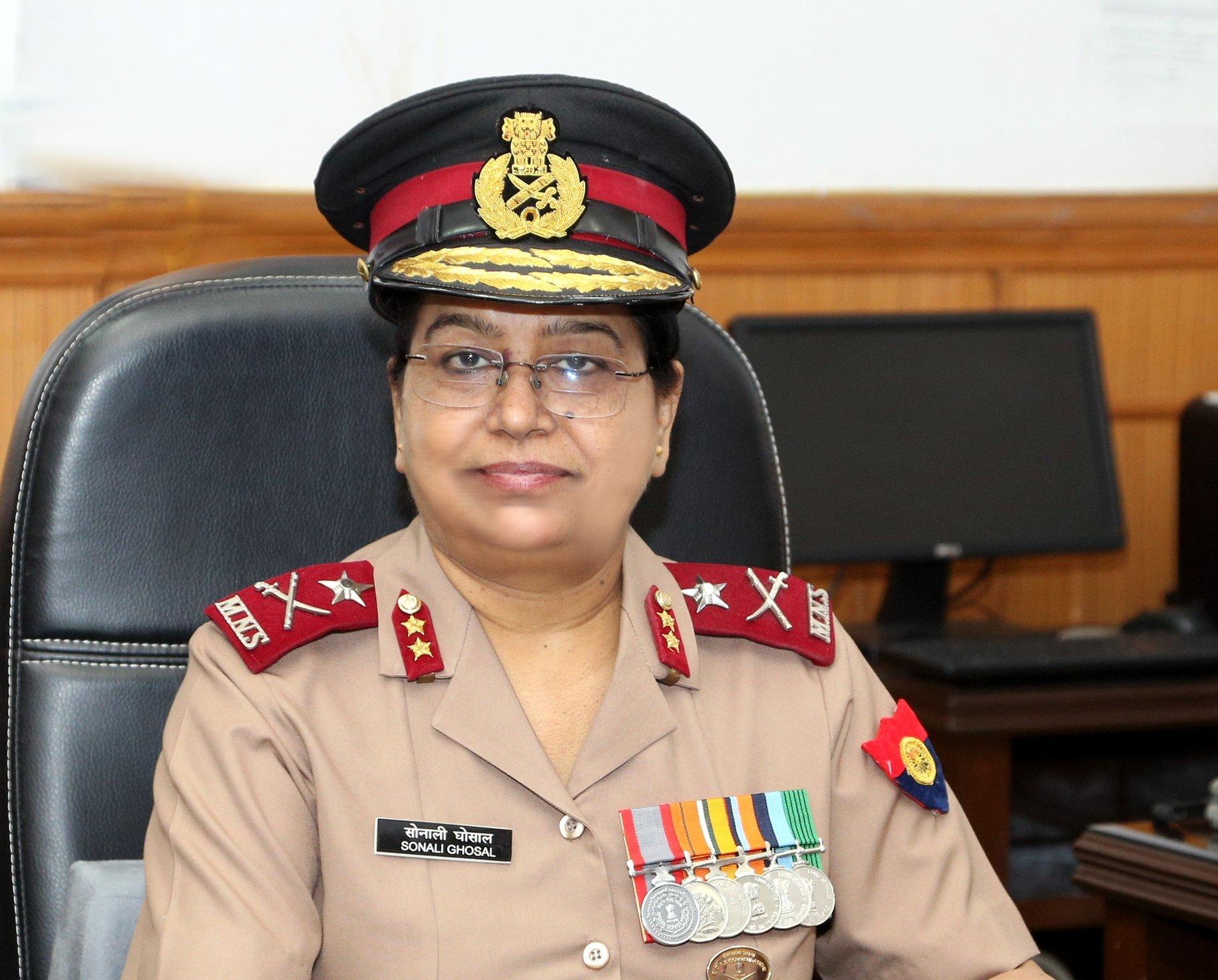 She took over the reins after Major General Joyce Gladys Roach relinquished the post on her superannuation on September 30, after serving in Indian Army for nearly four decades.

Major General Sonali Ghosal was commissioned in 1981 and is an alumnus of School of Nursing, Indian Naval Hospital Ship Asvini, Mumbai.

Before assuming charge of the present post, the General Officer was Principal Matron of Army Hospital, Research & Referral, Delhi Cantt.

With a service of 38 years in the Military Nursing Service, she has the distinction of serving the wounded soldiers during Operation Blue Star and Operation Sadbhawana.

In recognition of her meritorious and distinguished service she was awarded the Chief of the Army Staff Commendation Card in the year 2014.

After assuming charge Major General Sonali Ghosal said, “the quest for nursing excellence has been my core value right from the formative years in nursing. I believe that nursing profession is upheld by its pure virtue of service, commitment to mankind and dedication”.