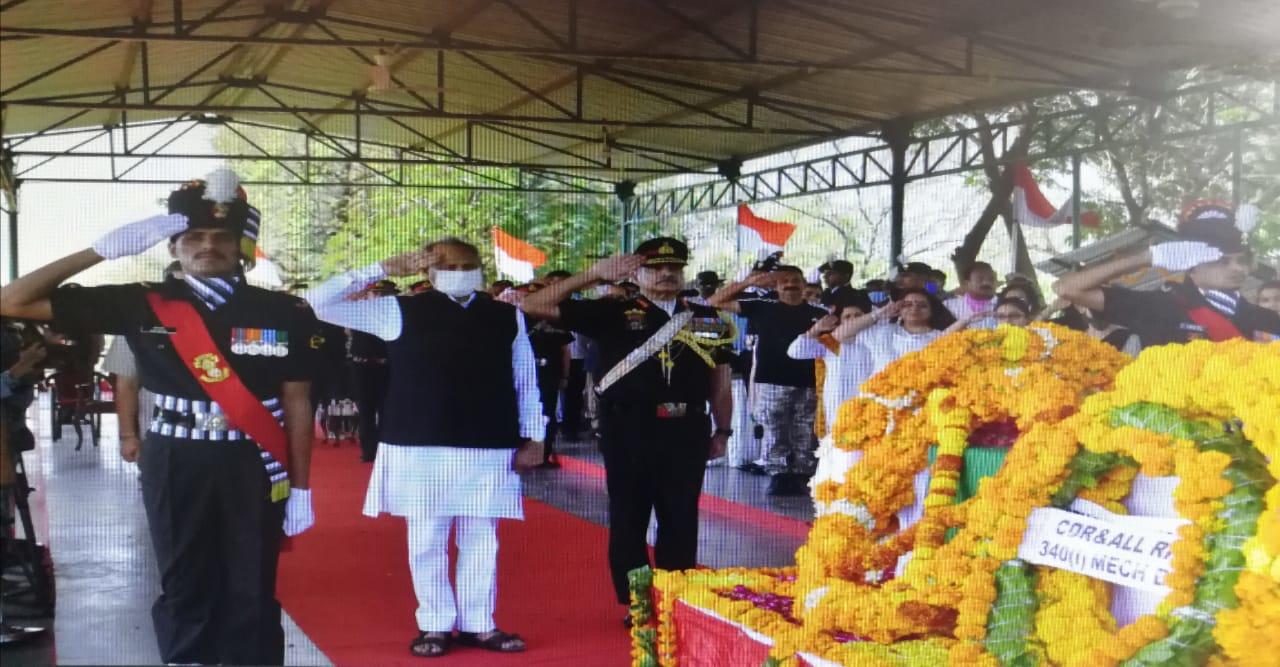 Jaipur: Rich tributes were on Tuesday paid to Col Ashutosh Sharma, who was martryred in an encounter with terrorists in 12-hour-long encounter at Handwara in the frontier district of Kupwara in Jammu and Kashmir.

Speaking on the occasion, General Kler, saluted the bravery and ultimate sacrifice made by Colonel Ashutosh Sharma, as also by his other four comrades in arm, including Maj Anuj Sood, in the cause of our great nation.

He highlighted, that Col Ashutosh Sharma, represents every gallant soldier in operations and assured that the Indian Army will always remember the martyr and also his family in the years to come.

He also interacted with the family members of the martyr and expressed his condolences to them.

Colonel Ashutosh Sharma was commissioned on September 1, 2001 into 19 Batallion Brigade of The GUARDS.

He was Commanding officer of 21 Rashtriya Rifles, deployed in the sensitive North Kashmir.

Always leading from the front, Colonel Ashutosh Sharma was recipient of two Sena Medal, the officer along with his comrades, Maj Anuj Sood, Naik Rajesh Kumar, Lance Naik Dinesh Singh and Sub Inspector Shakeel Qazi of J&K Police were martyred during fierce encounter in Handwara on the night of May 2, with Pak sponsored terrorists.

Colonel Sharma is survived by his wife Pallavi Sharma and a 12-year-old daughter Tamanna, who reside at Vaishali Nagar here.

After paying homage with full military honours, the last rites were performed at the Sodala cremation ground, in presence of his family members and friends.