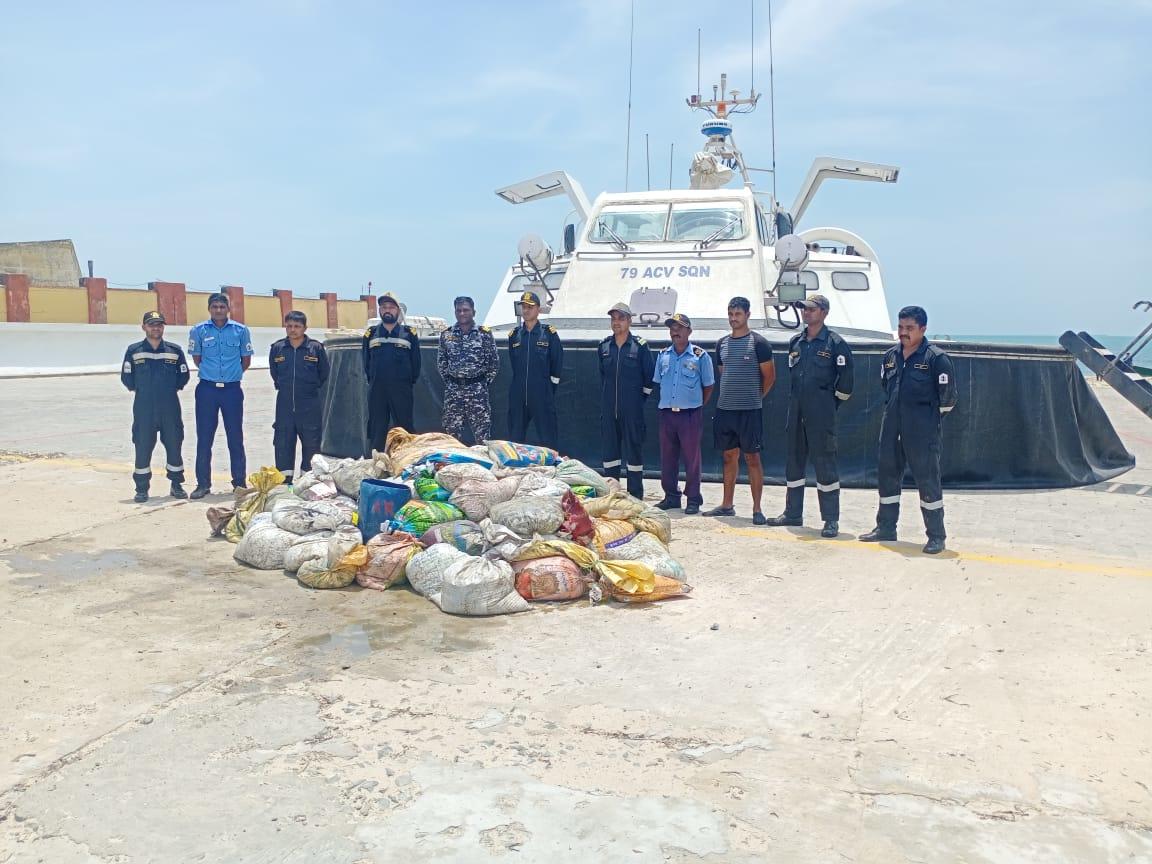 Working on a tip-off about illegal transhipment of sea cucumber in the wee hours of September 19, the ICG team swung into action and tracked the suspect boat involved in likely smuggling.

ICG teams were deployed in Gulf of Mannar and Palk Bay areas to effectively cordon the likely escape by sea route.

Subsequently, the boat was found anchored about 15 kms off Vedalai South of Mandapam without its crew at 10.30 am on Sunday and boarded by team of Coast Guard.

Read Also: Ashok Dohare – an officer and a digitalman

On investigation, it was revealed that the consignment was planned for transhipment across the International Maritime Boundary Line during dark hours.

Sea cucumbers are in high demand in China and Southeast Asia.

It may be recalled that earlier in the month of July, Coast Guard team at Mandapam had seized about 1200 kg of sea cucumber and apprehended two personnel.

Sea cucumber in India is treated as an endangered species listed under schedule I of Wildlife Protection Act of 1972. It is primarily smuggled from Tamil Nadu to Sri Lanka in fishing vessels from Ramanathapuram and Tuticorin districts.