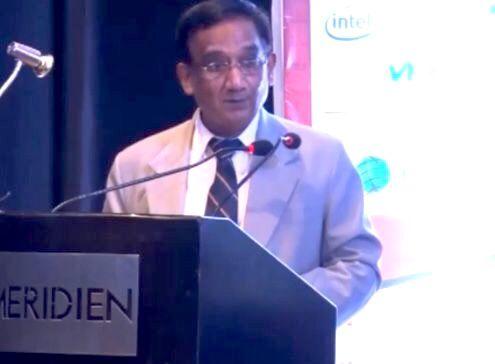 Finally, August 31, 2021, has arrived, but nothing seemed unusual to Ashok Dohare, my batchmate in IPS, except for the fact that it is the time for him to hang up his brown Oxford shoes on the last day of his lengthy khaki career. However, it will not be so normal for the department he dedicated his entire career since his retirement would certainly leave a void for reasons more than one. In fact, it was he who proved indispensable two decades ago for most of the police units – either in the Madhya Pradesh Police or at the Centre – whenever situations arose for guidance and clarifications in the domain of digital forensics, a field that was developing from its nascent stage. Concerned stakeholders in the criminal justice system, including judiciary, magistracy, and police forces across the country used to invariably avail of Dohare’s expertise and advice on computerization of legal procedures, prevention, detection and investigation mechanisms, evidentiary processes, criminal records, etc.

Simply put, Dohare was one of the pioneering master trainers in the country to design and organize basic and specialized courses for police personnel in computer forensic analysis, which was at its infancy at that time.

Apart from being a “resource person” to many academies and universities, he was one of the trailblazers who rendered yeoman service to create cyberinfrastructure for the digital Indian police. He made a laudable contribution to the systematic institutionalization of computer forensics in many ways, which range from establishing Asia’s first digital forensic laboratory at the National Police Academy to identifying appropriate technologies for seizure and analysis of digital evidence to presenting technical papers at the Indo-US Cybersecurity Forum to heading an inter-ministerial expert committee constituted with a view to incorporating suitable amendments in the IT Act, 2000. He had the privilege of talking on cyberlaws at a seminar, which the chief justice of India and other Supreme Court judges attended. He had also subsequently addressed high court judges at the first-ever collegium on collection, preservation, and examination of data. His relentless efforts to raise the level of digital literacy in law-enforcement agencies have been worthy of admiration.

Ashok Dohare (2R back row) with the author B Maria Kumar (R back row) at the Jawaharlal Nehru Police Academy, Sagar, Madhya Pradesh, in 1986.

Although policing is a combination of art, science, and management, Dohare observes that we are yet to fully exploit the scientific lens for investigations in order to discover truth more speedily, easily and precisely. No doubt that the principles of psychology are crucial in maintenance of public peace and order along with enforcement of laws, Dohare confidently feels that a spirited employment of scientific methods of experimentation, control and verification will yield much better and faster results. Such a holistic approach in a law-and-order situation will help remould the unpredictable human behaviours favourably towards the ends of peace and harmony. He calls it scientific policing.

Following the footsteps of Maltese physician, psychologist, author, inventor, philosopher, and consultant Edward de Bono, Dohare often sports a look of a reasoned and seasoned intellectual of lateral thinking. Sometime, in the late nineties, we both were drafted to make law-and-order arrangements for a VVIP’s public meeting at Khandwa. We started from Bhopal around sunset. He sat with me in my car and his vehicle was following us. While passing a traffic rotary at the entrance of Indore city, there, as a bolt from the blue, appeared a fast-approaching truck only a hundred yards away in front of us from the wrong direction. The truck driver’s sudden application of brakes sounded like an explosion and our car swerved to a safer side but not without being brushed by the protruding heavy goods in the truck. We three, including the driver, although escaping unhurt, took a while to recover from the shock. After having reported the matter at the nearby police station, Dohare and I proceeded in his car, leaving my driver with the damaged vehicle for repairs. We thought that the nightmarish accident would have been more severe had the driver of the poorly visible truck not applied brakes in such a way making a loud sound at the rotary blind spot. To my surprise, Dohare dissected the entire incident to reconstruct the scene in a more scholarly fashion. As a physicist-cum-aesthetician, he said: “A noise, however spine-chilling it is, should be surmised as sweet when it saves lives.” I got curious by his novel explanation. “Noise, when punctuated by silence, becomes music,” he recollected his professor’s words when he was a postgraduate student at Indian Institute of Science(IISc) in the early eighties.

Whenever there used to be high-pitch informal discussions among our friends, I would inevitably find a Newton, an Einstein or a Russell in Dohare’s rhetoric. As Russell meant it, Dohare would allude mathematics to metaphysics. One day, he stated that biology is a pure philosophy. Although I was a bit amused, he was serious about making his point. “The purpose of biological life is nothing but to commit suicide,” he said, adding further, “And suicide is an ultimate philosophical act, as Albert Camus deduced. Humans may be social animals as long as they are alive but in death, they fulfil their roles as philosophical beings.”

Dohare also clarified that primitive organisms, like amoeba, kill themselves in the process of reproducing their progeny. Instincts of seeking death and procreation are more philosophical than being physiological, he concluded.

Very few of his friends and colleagues are aware that Dohare is an ardent fan of thrillers and mysteries. He is enchanted by quirky paradoxes and outlandish dilemmas, evocative of mathematical wizardry. I presume that his mixed IIT and IISc background might have facilitated the “reflect and decipher” sort of tendency to sharpen his cerebral skills. Whenever we, the batchmates and friends, gather over occasional chats entertaining one another with riddles and conundrums, he is the first one without exception who would diffuse the tense suspense in the puzzle within no time. An awe-inspiring enigmatologist, he is not just a problem-solving police professional but an impressive cryptologist of wordy and numerical quizzes and sudokus.

These few reminiscences that I have narrated with glimpses of Dohare’s multifaceted intellect will show how productively and satisfyingly he has spent 36 long years of his tenure, leading the force from the front, making a difference in the units he commanded and touching the lives of those he rubbed shoulders with. While wishing him the very best for his second innings in life, I am sure he will continue inspiring his friends and associates with his enlightening and joyous camaraderie.

B Maria Kumar, the author, retired as the director general of Madhya Pradesh Police’s cybercrimes department in 2018..

Disclaimer: All views expressed in this article are the author’s own and may not reflect the views of India Sentinels.