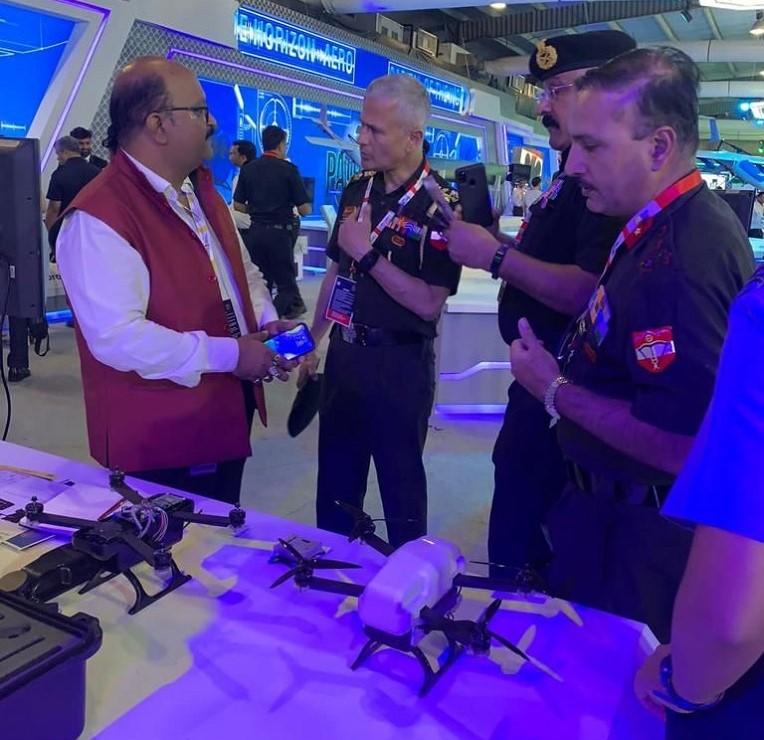 New Delhi: Aiming to strengthen the surveillance capability of the force, a mini drone system of 2-ky named as Ajeet Mini has been developed for the Indian Army to be deployed along the border areas.

In the recently concluded DefExpo 2022 at Gandhinagar in Gujarat, Zuppa Geo Navigation Technologies displayed the Ajeet Mini, fully “Made in India” sub 2kg COTS micro drone. It has been specifically designed for rapid use by dismounted troops.

Ajeet Mini, powered by its Aatmanirbhar Autopilot “Nav Gati”, along with other cutting edge electronics made by Zuppa, makes it a secure “Made in India” solution, specially designed for surveillance and monitoring.

Venkatesh Sai, founder of Zuppa, stated that, “Ajeet Mini delivers exactly the same user experience as DJI from the perspective of ease of flying.”

The vision driving the development of Ajeet Mini was to build a drone similar to DJI in terms of user experience, but equipped with deep security layers to ensure complete data transparency and security against hacking and remote commandeering.

Ajeet Mini ISR is the only drone in the world that is equipped with a specially designed single integrated Day and Night payload that can be switched on the fly.

With an All Up weight of 1.4 kgs including payload Ajeet Mini’s power to weight ratio ensures that it can also be weaponised with the inclusion of an explosive charge of around 100 gms.

A weaponised version of Ajeet Mini can equip the dismounted soldier with a wearable, rugged, immediate, and autonomous hovering loitering munitions that will be a significant force multiplier for tactical units providing them strike capabilities Beyond Visual Line of Sight (BVLOS).

The Ajeet Mini is a fully indigenous secure COTS drone platform that can be used by the Indian Army to solve various problems faced by dismounted soldiers operating in border areas as well within enemy lines.

Ajeet Mini is the first in a series of sub 2 kg Nano and Micro drones to be launched by Zuppa specifically designed and developed with frontline forces across Defense, Paramilitary, Civil Defense and Law Enforcement in mind.