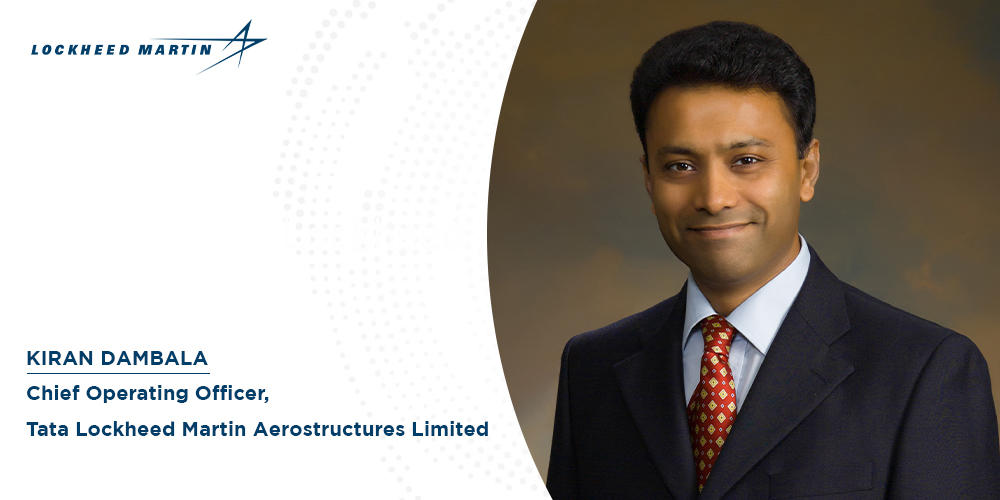 Dambala assumes this position from the outgoing COO Abhay Paranjape, who has retired after 35 years of distinguished service with Lockheed Martin.

A Lockheed Martin veteran since 2002, Dambala will provide strategic oversight to TLMAL’s business and manufacturing activities while ensuring alignment with planned strategies and commitments.

“I am honoured to lead TLMAL during this defining period of advancement in India’s defense capabilities. We will continue to support the Indian government’s vision of further developing India’s indigenous defense capabilities under the ‘Make in India’ and ‘Skill India’ programs,” Dambala in a statement said. “I look forward to building on the great work done by Paranjape and wish him the best for the coming days.”

He will strategically lead the TLMAL business and manufacturing activities in Hyderabad, fueling our #MakeinIndia journey. #ForIndiaFromIndia pic.twitter.com/9v7Bfaew5p

In 2018, Lockheed Martin announced that TLMAL will produce fighter wings and this work is currently underway at the Hyderabad facility.

Dambala brings a wealth of relevant experience to TLMAL that spans 25 years across multiple industries.

A Lockheed Martin employee since 2002, Dambala was most recently the program manager for modifications and upgrades in Lockheed Martin’s F-35 Lightning II program.

He was the primary contact for all domestic and international F-35 customers on modifications and upgrades to meet customers’ capability milestones.

His responsibilities primarily involved business analysis, planning, product design and development of IT solutions for end-users.

C-130 empennage assemblies produced by TLMAL include the aircraft’s horizontal and vertical stabilisers along with leading edges and tip assemblies.