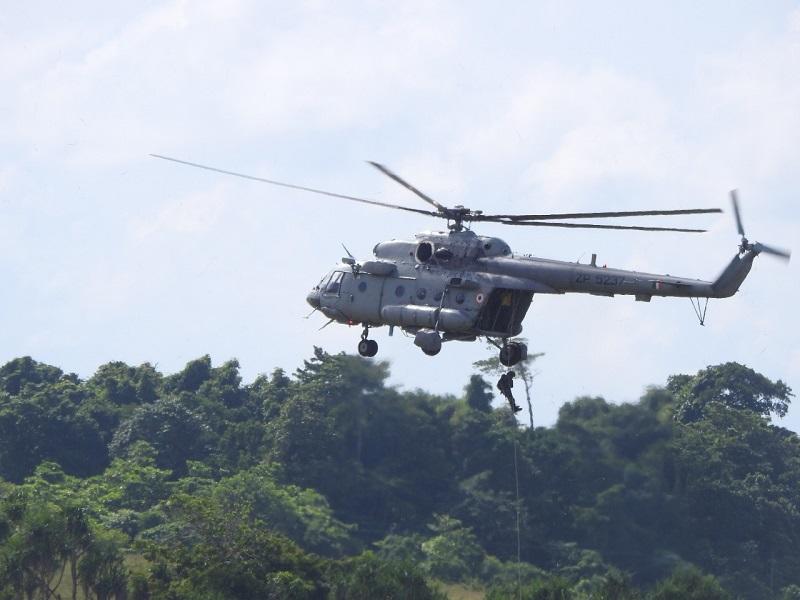 The exercise involve the three Services components of ANC, elements of Indian Army's Parachute Brigade, MARCOS and Special Forces from November 3-5 at the remotely located Teressa Island, in the strategically important Nicobar Group of Islands.

The exercise was carried out to validate and rehearse operational plans and contingencies in a realistic tactical setting under the overall command and control of Andaman and Nicobar Command, the only joint services operational command of the defence forces of the India.

As part of the exercise, troops of the Indian Army, Navy and Air Force of Andaman and Nicobar Command were mobilized for amphibious landing, in close co-ordination with the para drop of Special Forces.

Ground based manoeuvres, tactics and procedures for joint operations in the Andaman and Nicobar Islands were rehearsed.

The exercise focussed on enhancing inter-operability and synergy among the three Services, to maximise combat potential.

In addition, Search and Rescue (SAR) and Medical Evacuation procedure were practiced by participating troops.

Lieutenant General Manoj Pande, Commander-in-Chief Andaman and Nicobar Command witnessed the exercise on the final day and addressed troops, complimenting them for achieving high standards of training and exhorting them to maintain the highest state of operational readiness at all times.