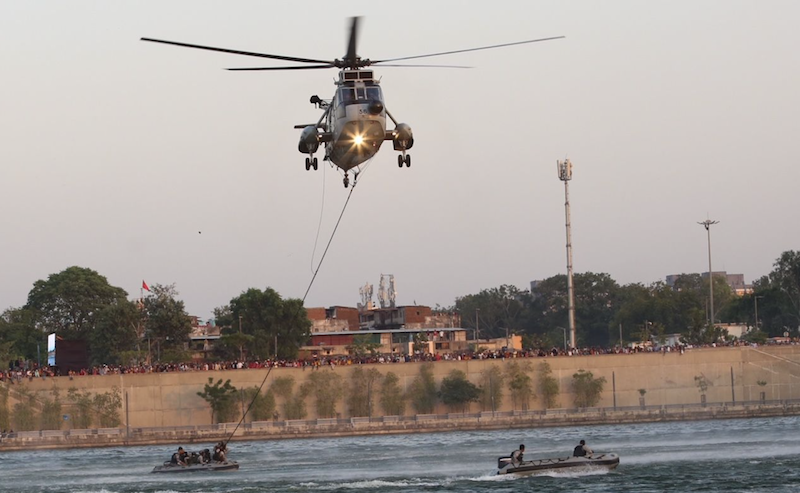 Ahmedabad: A contingent comprising Indian Army, Indian Navy, Indian Air Force, and Coast Guard personnel along with scientists from the Defence Research & Development Organization is carrying out demonstrations showcasing the operational readiness and technological advances of our armed forces at the Sabarmati Riverfront in Ahmedabad as part of DefExpo 2022 held in Gandhinagar, Gujarat from October 18–22, 2022.

The defence minister, Rajnath Singh, witnessed some of the demonstrations on Tuesday along with the Gujarat governor, Acharya Devvrat. 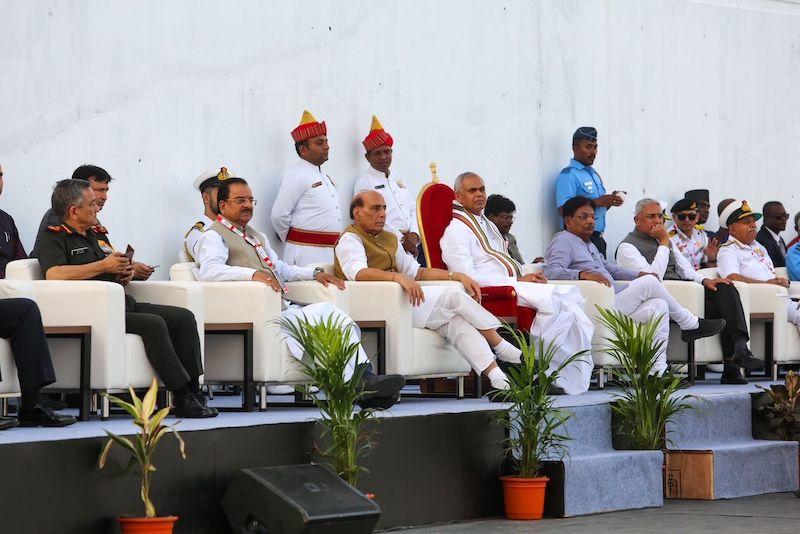 Tuesday’s demonstrations included the air, surface, and subsurface elements of the Indian military.  The event started with an eye-catching combat free fall by personnel of the Army, Navy, and the Air Force. It was followed by a daring display by the elite Marine Commandos (Marcos) of the Navy and Para (Special Forces) commandos of the Army skilfully slithering onto a boat from a helicopter, a high-speed run by a Gemini boat, and neutralisation of an enemy post. The action, thereafter, again shifted to the sky with awe-inspiring “helobatics” by the Air Force’s Sarang helicopter display team followed by powered hang-glider flying by Air Force personnel.

The other activities undertaken were search and rescue demonstration by the Coast Guard, small team insertion and extraction (STIE) and a scintillating offensive demonstration by the Navy, continuity drill by Air Force, robotics display by the DRDO, and joint band display by the three services. The programme culminated with the Tattoo ceremony by the drummers from the Navy.