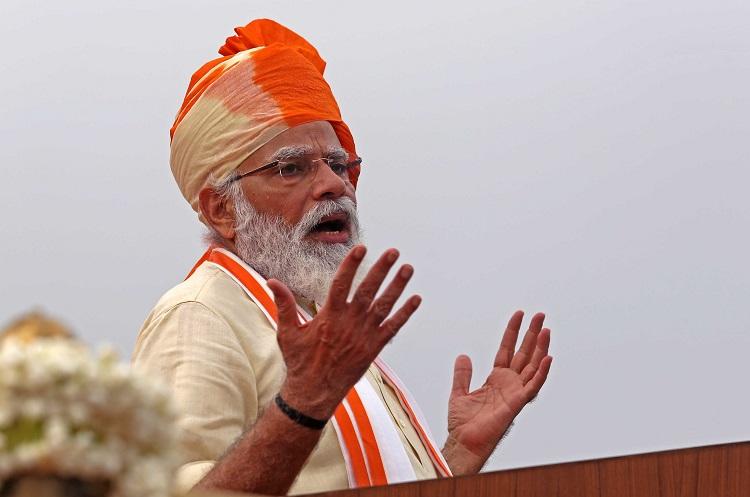 New Delhi: Amid the ongoing border tension between India and China in eastern Ladakh, in a clear message to China and Pakistan, Prime Minister Narendra Modi on Saturday said India`s sovereignty is supreme and armed forces deployed along the LoC and LAC have given a fitting reply to those who sought to challenge.

“The world has seen in Ladakh what our brave soldiers can do to deliver on this resolve. From LoC (Line of Control) to the (Line of Actual Control), the country’s armed forces have given a fitting response to countries that threatened the country’s territorial sovereignty,” PM Modi said in his Independence Day speech.

It was a reference to the face off in the eastern Ladakh border that has continued over 100 days and violent clash on June 15 in the Galwan Valley.

Since early May 2020, the Chinese side has been hindering India's normal patrolling pattern along the LAC in Ladakh.

In mid-May, the Chinese side attempted to transgress the LAC in other areas of the Western Sector of the India-China border areas and this was met with an appropriate response by Indian forces.

In his around 90-minute marathon speech, the Prime Minister said whoever has raised an eye on the sovereignty of the country, India and its Army has responded in the same language from the Line of Control (LoC) to the Line of Actual Control (LAC).

PM Modi said India is connecting its relations with its neighbours, whether they are connected to it on land or from the sea, with the partnership of security, development and trust.

Noting that one-fourth of the world`s population lives in South Asia, the Prime Minister said we can create untold possibilities of development and prosperity of such a large population with cooperation and participation.

“All the leaders of the countries of this region have an important responsibility towards the development and progress of this huge mass group,” he said.

“Today, neighbours are not only those who share the same geographical boundaries but also those who meet our hearts. Where there is harmony in relationships, there is amity,” he said.