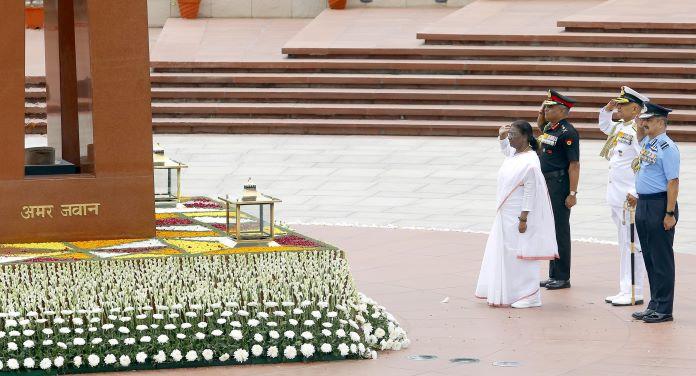 New Delhi: President Draupadi Murmu paid homage to the fallen heroes on the occasion of Independence Day at National War Memorial in New Delhi on Monday.

She also laid wreath on the occasion.

India is celebrating its 76th Independence Day today on August 15, the day which marked the end of British rule after two centuries.

Under the banner of Azadi Ka Amrit Mahotsav, several events have been held over the last 75 weeks to celebrate the 75 years of India's independence.

Know in details about the Agnipath scheme for defence job seekers