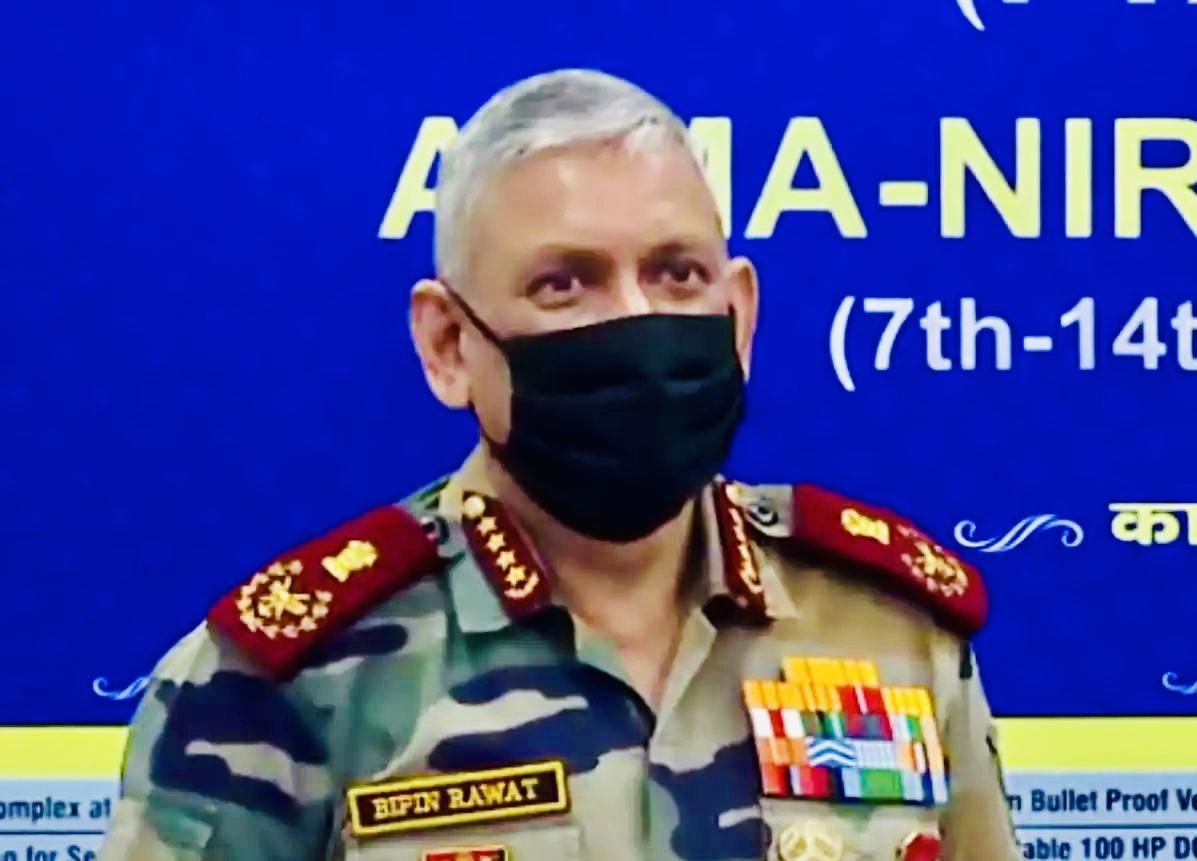 CDS Gen Rawat
New Delhi: Chief of Defence Staff (CDS) Gen Bipin Rawat on Saturday said India’s security would be maintained not only along the northern and western borders but in the strategic space of the “extended neighbourhood” as well in the emerging defence paradigm.

Speaking at the inaugural address of an e symposium on “energising defence export” organised by Society of Aerospace Maritime and Defence Studies here, Gen Rawat also said India values it’s emerging relationship with the US and cherishes its traditional relationship with Russia, adding the country shares a mature and robust defence and security framework with both these powers.

The armed forces will have to work through the budgetary constraints by finding the best solutions through new acquisitions and optimisation considering the macro-economic parameters, the CDS said.

Speaking on the regional security paradigm, Gen Rawat mentioned International Border (IB) and Line of Control (LoC) with Pakistan as about Line of Actual Control (LAC) with China.

“In the emerging security paradigm, India’s security would be maintained not, as hitherto, on the IB, LC or the LAC alone, but in the strategic space of the ‘extended neighbourhood’ and the ‘strategic frontier’,” he said.

Further, the Chief of Defence Staff pitched for seamless integration of surveillance and communication resources of the three services, saying such a convergence is essential for evolving a framework for having a composite real-time air situation “picture”.

On the modernisation of the Indian armed forces, he said it has been in line with the changing global security environment and with a focus on the utmost optimisation of resources.

“We are witnessing seismic changes in geopolitics shaped by a ‘nation first’ approach and geo-economics,” he said, adding the armed forces should be structured in a manner that they provide the operational flexibility to pursue “wider strategic objectives”.

He said the asymmetric advantages created by unmanned aerial vehicles (UAVs) are being seen as opportunities by non-state actors, adding future defence systems must be qualitatively and quantitatively capable of dealing with the new threats.

In this era of multidimensional technology, we must focus on constant innovations and modern technological solutions, to keep ourselves ahead of the adversaries,” he said.

Gen Rawat said the creation of the Department of Military Affairs headed by the CDS, having a central staffing scheme along with amendments to the business rules, in effect, admits the military into the central edifice of the government of India.