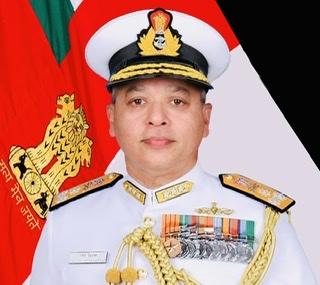 An alumnus of the National Defense Academy, Khadakwasla, Pune, he was commissioned into the Indian Navy in January 1987. He is a graduate of the Defence Services Staff College, Wellington, Naval War College, Karanja, and Naval Command College, Newport, Rhode Island, USA.

On promotion to the rank of Rear Admiral in Feb 2016, he was appointed as the Assistant Chief of Integrated Defence Staff (Int – A) at HQ IDS, New Delhi, and subsequently as the Chief Staff Officer (Operations) in Headquarters, Western Naval Command, Flag Officer Commanding Maharashtra Naval Area and Flag Officer Sea Training.